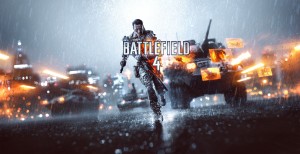 If something was oddly missing during the Xbox One reveal, especially when compared to competing PlayStation and Nintendo reveals, it’s an actual rundown of next-gen ports expected to drop on the console. Sure, EA Sports confirmed that Madden NFL 25, NBA Live 14, FIFA 14 and their new UFC game would all have Xbox One ports, and Activision in turn confirmed that Call of Duty: Ghosts will have a next-gen port on Xbox One, separately confirming today that it would also launch on PlayStation 4. Microsoft also assured that no less than fifteen Xbox One exclusives would arrive from their own publishing offices in the first year of the console, with only two so far confirmed in Forza Motorsport 5 and Quantum Break. Weren’t there a lot more games that were supposed to be coming to ‘Next-Gen Consoles’, without specification though?

Well, we at Eggplante thought about this too, since it clearly wasn’t fooling anyone. Thankfully, various publishers have helpfully taken to outlets like Twitter to confirm various Xbox One ports that, rather oddly, were not addressed by Microsoft during the console’s reveal. They are as follows: 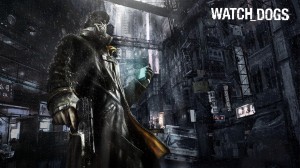 Ubisoft, who was oddly absent from the reveal event, despite similarly massive publishers, Electronic Arts and Activision both making appearances, has confirmed two ports for Xbox One; First for their upcoming cyber criminal-themed sandbox action game, Watch Dogs, and second for arguably their most anticipated sequel offering of the year, Assassin’s Creed IV: Black Flag. Both games are confirmed to be receiving exclusive content in their PlayStation 3 and PlayStation 4 editions, but it doesn’t seem like the Xbox One ports will come with any such perks. Neither game will likely surprise anyone, since both games have already been confirmed as launch titles for the competing PlayStation 4, and are presumed to also be launch titles for Xbox One as well. Aside from its next-gen ports, Watch Dogs arrives on PC, Xbox 360, PlayStation 3 and Wii U on November 19th. Assassin’s Creed IV: Black Flag’s previously announced ports will drop a bit earlier, on October 29th, for the same platforms.

Despite Electronic Arts being oddly mum on the topic initially, and actually making an appearance at the Xbox One reveal, even if it was only to talk about sports games, they finally set the record straight; Battlefield 4 will release on Xbox One, and it will be a launch title. They also helpfully confirmed that the game will be a PlayStation 4 launch title as well. While they were at it, EA also addressed those who may have already dropped a preorder on the Xbox 360, PlayStation 3 or PC versions of Battlefield 4 that were previously announced, confirming that these versions will release on October 29th. It’s assumed that the next-gen versions will be a couple of weeks late, so they can launch with the new consoles.

The next Xbox One port was pretty objectively confirmed anyway, back when the new Xbox was without a name, but in case you forgot, Bungie has taken to social networking to remind you; Their upcoming persistent online shooter, Destiny will release for Xbox One. It will join a current-gen version on Xbox 360, as well as competing ports on PlayStation 3 and PlayStation 4. The PlayStation 4 edition is confirmed to be receiving exclusive content, but no such content was announced for the Xbox One edition, unfortunately. Destiny was rumoured to also be launching for PlayStation Vita, but Bungie recently stated that a Vita version is not being made, even if rumours of ports on Wii U and PC still persist, with Bungie especially open to doing a PC version. Regardless, Destiny won’t release this year, and is expected in 2014 at the earliest. It’s assumed that its current-gen and next-gen ports will all be released simultaneously at this point. 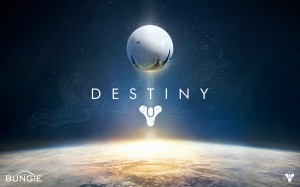 Last up is Square Enix, a publisher that hasn’t been altogether associated with the Xbox One at this point. They confirmed that the upcoming and long overdue fourth Thief game, currently without a final title, will be released for Xbox One. It was previously announced for PC and PlayStation 4, and is expected to launch next year. Square Enix didn’t say anything else about the game, beyond the confirmation that an Xbox One port of Thief 4 is happening.

Thus, if you’re in any way worried about the Xbox One’s launch window, don’t be, because it will certainly be very busy! The console seems to be on track with keeping up with the PlayStation 4 in terms of next-gen ports, helping to make early adoption of the console all the more tantalizing for those who want more out of a game beyond its current-gen build.

Eggplante will be keeping a very close watch on Xbox One leading up to E3, and of course, to the console’s launch later this year, and beyond. For any other Xbox One-related news, be sure to Snap up Eggplante for all of the hottest next-gen console info, as it arrives!