Each year at E3, we’re blown away by something amazing that no one saw coming. Last year, it was Watch_Dogs, and this year, it was The Division, both of which are Ubisoft-developed titles. However, for each surprise we get, it seems that there are a few titles missing from the show that we would have loved to see.

Last year, we paraded on about the lack of 3D, and while there wasn’t much 3D content this year, either, we’re pretty sure 3D is over and done with for the most part. It’s a feature most televisions will have built-in going forward, but no one will really care about it all that much.

This year, all of the oddities related to specific games not showing up on the show floor. 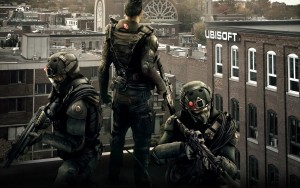 Rainbow Six: Patriots was confirmed to still be in production at E3 this year, but the company noted that we wouldn’t see the game for current-generation consoles, opting instead to hit Xbox One and PlayStation 4 sometime in the future. The title is being developed by Ubisoft Montreal, with assistance from Red Storm and our hometown Ubisoft Toronto.

The Last Guardian is another title we have to assume is moving to the PlayStation 4 because we didn’t see it this year. We know, The Last Guardian is a broken record at this point: it’s not going to happen! Actually, Sony has confirmed that it is still in development, but it wasn’t ready to show at E3 this year. We’ve got a feeling we’ll see more from the developer of the game by this holiday season, though it won’t ship until 2014. And even that’s wishful thinking.

Fable didn’t show up at Microsoft’s booth this year, though its HD remake was shown off days before the show began. Sure, it’ll be coming to Xbox 360, not Microsoft’s latest console, Xbox One, but shouldn’t it have been on display at the show? Even in a corner with only one playable copy? Luckily, GameSpot had a quick hands-on with the game that you can check out. Either way, you’ll be able to get your hands on Fable Anniversary this year. 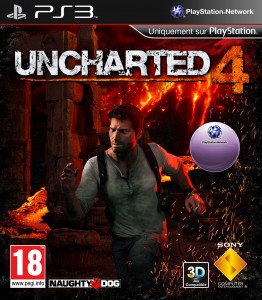 Not a real thing. Sadface.

Uncharted isn’t a game we readily expected for this year’s E3, especially considering Naughty Dog has just wrapped on The Last of Us, but given that, it’s odd to have gone through a year without Nathan Drake making some sort of an appearance. We’ve seen Uncharted, in one way or another, at every E3 since the game’s unveiling in 2006. We half-expected something to be announced regarding the series, whether it was just a logo for Uncharted 4 or a follow up to Sony Bend’s Uncharted: Golden Abyss on the PlayStation Vita.

The one real oddity at the show was the lack of G4 TV. We knew they wouldn’t be there (they don’t exist anymore, after all), but the fact that there was no real television presence at the show was kind of jarring. It means that E3 is likely not going to be around for much longer because there’s just not a major television station that’s willing to pick up the broadcast rights of the show. Sure, Spike TV had the rights this year, but they weren’t at the show with nearly the force that G4 used to be.

All in all, we had an E3 that many of us expected: new consoles, new games, and a few familiar faces. Sure, we got hints of the next Halo, another glimpse into Watch_Dogs, and even promise of a Mirror’s Edge follow-up that’ll be ready when it’s ready. It was a successful show, but we would’ve still liked to have seen what we missed above.

Maybe that just means there’s more to hope for next year.