While the presentation merely announced and glanced over these features, Nintendo has finally cleared up several questions that they never answered during the unveiling of these services.

First, both Pokémon Bank and Poke Transporter are separate apps that must be downloaded from the 3DS eShop, and exist independently from the Pokémon X and Pokémon Y games. Fortunately, both apps are free to download, and will serve as separate selections on your 3DS’s Home Menu. This is no doubt because you must have a compatible Pokémon game card in your 3DS’s game slot when using these services.

Now, bear in mind that, while simply downloading the Pokémon Bank app is free, you must pay an annual subscription fee to actually use the service. On the bright side, Nintendo isn’t demanding much, merely asking for $4.99 a year. That’s certainly quite reasonable for avid Pokémon enthusiasts who are interested in storing large amounts of Pokémon on a cloud server!

Fortunately, Pokémon Bank will also allow a free 30-day trial period before February 1st, 2014, before requesting that players fork their money over.

In case you weren’t already aware, Pokémon Bank accommodates up to three-thousand stored Pokémon for any one trainer, across a hundred cloud-powered online storage boxes. That’s quite a lot of Pokémon! It’s not currently clear what happens if you decide to stop paying the annual fee, but presumably, you just can’t access Pokémon stored on the cloud until you pay the fee again. We doubt that Nintendo would be nasty enough to destroy stored Pokémon data just because you didn’t pay a small fee.

Poke Transporter on the other hand will never demand a fee, and is completely free to both download and use. The only catch is that you must also have downloaded and paid the annual fee for Pokémon Bank to use Poke Transporter, since it still makes use of the cloud technology. This essentially makes it an optional companion package to Pokémon Bank, if you want to transfer over the monsters you’ve already caught and developed in your Generation V game(s) on DS.

Predictably, for those of you thinking that you can get cute and transfer over hacked or modded Pokémon, using devices like DS Pro Action Replay, Poke Transporter, and Pokémon Bank by extension, also have the ability to detect, stop and reject Pokémon that aren’t legitimately caught in-game, without tampering. Your level 255 Kyurem isn’t going anywhere, we’re afraid. Sorry.

You also can’t transfer over items unfortunately. If a legitimately-caught Pokémon is uploaded to Poke Transporter while holding an item, the item will be dropped and returned to your DS file’s inventory. If you were scheming to move over your illegal, modded batches of Rare Candies and Master Balls, well, your scheme is over before it even began, sadly. 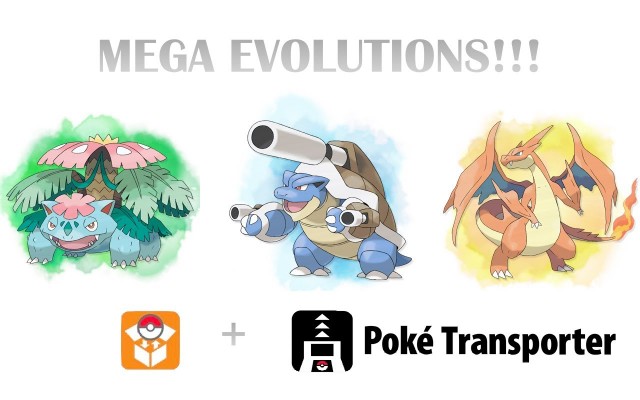 It seems that Nintendo is covering their bases quite well against would-be cheaters and hackers with these two apps. For the first while at least, Pokémon X and Pokémon Y will be demanding that trainers play fair, especially if they plan to make use of the cloud services! We have to say however, this should help to make legitimate players feel more at ease if they plan to trade and battle their Pokémon online when accessing these games’ myriad Nintendo Network features.

If this all sounds peachy, and you’ve already got your Pokémon Bank change in hand, eager to start moving, transferring and storing your Pokémon come next week’s launch day for Pokémon X and Pokémon Y, better simmer down a notch, as Nintendo unfortunately has some cold water to pour on your enthusiasm. You’ll have to wait to actually make use of the Pokémon Bank and Poke Transporter apps, because they won’t actually become available until December 27th, over two months after the new Generation VI games launch.

Fortunately, that will give players plenty of time to dive into Pokémon X and/or Pokémon Y and start getting ready to take full advantage of the cloud technology!

Pokémon X and Pokémon Y will release in just a few days worldwide, on October 12th, both physically at retail, and digitally via the 3DS eShop. We will have a full review of these new games some time thereafter. Eggplante will also continue to deliver any and all news and updates related to the Pokémon series at large, as we can catch it!