When the Xbox One was announced, Microsoft also let loose that there is a Halo television series in the works with none other than Steven Spielberg at the helm of the project. Veteran TV executive Nancy Tellem had joined the team a few months earlier, and she has recently told Variety that the first wave of Xbox One-exclusive programming would be hitting the console in early 2014.

Developing the service took a little longer than she had hoped, but Tellem told Variety that they’re “hoping we will be able to put something up in the first quarter, at minimum second quarter.”

She says she is very ambitious yet very impatient, though the time taken to develop the projects they’re working on is evident in the final product. She says she has been “reflecting on what we’ve done and what lies ahead, and it’s been pretty good.”

We’re not sure “pretty good” is the best way to describe your newest work, as a few hyperbolic statements about the next best thing might be better suited to marketing yourself, though with 48 million Xbox Live subscribers, all of whom will presumably be able to get the content for free, she probably doesn’t have any reason to be worried.

Tellem understands that Xbox Live isn’t the same as other video streaming services. “We aren’t Netflix, we aren’t Amazon, we’re a different animal,” she said. “We’re neither or we’re a little like them. It all depends. The lack of black and white and this is the template and this is what we’re following is very difficult. As we continue to do deals everyone’s going to get more comfortable.”

It’s easy to make the comparison, given that Netflix, Amazon, and now Xbox, will be offering streaming video services with original content (Xbox currently streams content, but none is actually produced by Microsoft), though the market may be different.

We don’t know what the first batch of original content will be coming out of Redmond, and with both a Halo and soccer series announced by the company, it might also be something as-yet-unannounced that we see first streaming through our Xbox Ones.

One thing is for sure: Microsoft is banking on content creation as being a huge part of their portfolio going forward. “The content and what we’re building will be an important part of our future.” said Tellem.

We’ll just have to wait and see. 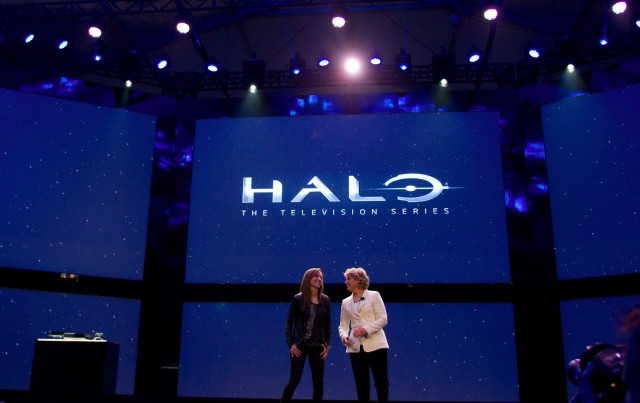