After being delayed from a planned December 27th, 2013 release on the Nintendo 3DS eShop due to post-Holiday server stress, Pokemon X and Pokemon Y tie-in apps, Pokemon Bank and Poke Transporter have finally gone live in North America and Europe! Japan received the apps first, and have been enjoying them for a short while now. You can now download Pokemon Bank from the 3DS eShop selection, which allows you to download Poke Transporter from within it, free of charge.

With that said, Pokemon Bank will demand an annual $4.99 service fee for players to maintain access to it. Any first-time users can redeem a thirty-day free trial period however. Originally, this trial period was only going to be offered until February 1st, but, given that the apps have only now been released for Western players, the free trial can now be redeemed any time before March 14th of this year.

Pokemon Bank allows Pokemon X and Pokemon Y players to transfer and store up to 3,000 pokemon on a cloud server, with the only restrictions being that they have to be pokemon attained legally and in-game (no hacked pokemon or pokemon altered with cheating devices like Pro Action Replay), and can’t be holding any items. If a pokemon is holding an item, the item will be placed back into your bag, and if your bag is full, the item will disappear! This is to prevent people from using mods and hacks in previous-generation Pokemon games and laundering illegal batches of Rare Candies and Master Balls.

Poke Transporter meanwhile is the app that allows you to transfer pokemon in your Generation V Pokemon games for DS, as in Pokemon Black Version, Pokemon White Version, Pokemon Black Version 2 and Pokemon White Version 2, into your Generation VI Pokemon X and Pokemon Y games. It’s completely free, and unlike Pokemon Bank, doesn’t demand any kind of subscription fee. Be advised however that transfers to Pokemon X and Pokemon Y are permanent and can’t be reversed. Also, as with Pokemon Bank, you can’t send any items with your pokemon via Poke Transporter, with held items simply being dropped into your Generation V trainer’s bag, or disappearing if said bag is full!

As before, anyone who downloads and uses Pokemon Bank before September 30th of this year, even just the free trial, will receive a free Celebi, a very rare Grass/Psychic-type Generation II pokemon that can’t be caught in any of the games outside of special Nintendo distributions and events! Naturally, Celebi can be downloaded and added to your roster in your Pokemon X or Pokemon Y game.

Redeeming Celebi is a tad tricky though, so here are some instructions for those wanting to get their hands on this rare critter:

First, download the Pokemon Bank app from the 3DS eShop and enter it. Make sure that your Pokemon X or Pokemon Y game card is in the slot if you bought physical copies at retail. If you own digital copies of Pokemon X and/or Pokemon Y that were downloaded directly from the 3DS eShop, Pokemon Bank will automatically detect them and ask which you want to use if you own both digitally, and obviously own them on the same SD card.

It also goes without saying for fans, but make sure that you’ve played far enough to have the Pokedex in your Pokemon X or Pokemon Y game as well, or else you can’t use the app. Fortunately, the Pokedex is given to you at the very start of the game, so you’ll get it after about ten minutes of gameplay. If you don’t have it yet, don’t forget to save your game after you do get it!

Anyway, once you’re in the Pokemon Bank app, download Poke Transporter from the main menu option if you wish, after it connects to the server, but either way, select ‘Use Pokemon Bank’. You’ll get some tutorials from your guide, Brigitte, who will also give you free Pokemon Miles or Battle Points to redeem in your game, and you will eventually be asked if you want to ‘purchase’ Pokemon Bank. Say yes, as this will actually start your thirty-day free trial, and won’t cost you anything. 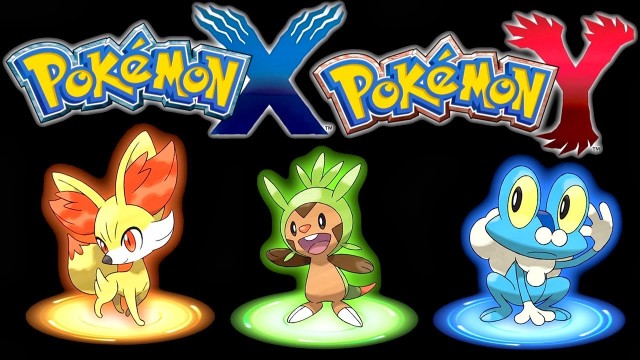 Now, experiment with moving your pokemon back and forth via the cloud if you wish, or perhaps transferring over pokemon from your Generation V DS games, but regardless, exit out of the app after you actually navigate the cloud storage area. Now, go into your Pokemon X or Pokemon Y game, and go into the main menu after the title screen. Select the ‘Pokemon Link’ option, and this will redeem the Pokemon Miles/Battle Points, sending them into your game.

Next, press the Home Button and go back into Pokemon Bank. When you use Pokemon Bank again, Brigitte will come back and thank you for your ‘frequent’ use of the service, handing over a Celebi and telling you to take care of it. Now, exit out of the app and go into Pokemon X/Pokemon Y, but don’t look in Mystery Gift! Instead, go back to the Pokemon Link option, and Celebi will automatically be redeemed and deposited in the first open space available in Cassius’s PC boxes! If those are full, well, that’s what Pokemon Bank is for! Make room for your new addition!

For hardcore trainers wondering how good this Celebi is, it’s a bit of a fixer-upper, but a rare pokemon is still a rare pokemon! This Celebi starts at level 10, and knows Recover, Heal Bell, Safeguard and Hold Back to start. Not exactly a bruiser, but Celebi does learn much better moves with the aid of leveling up and some TM’s! While it’s not holding any items, it does come in a Luxury Ball as well, which will make it more easily happy and friendly toward your trainer. Because of this, teaching it Return might be a good plan if you plan to use this Celebi a lot in battle.

In any case, it’s great that the wait is finally over, and Pokemon fans can look forward to more roster space and better Wonder Trade finds than ever before!

Eggplante will keep catching your Pokemon news, as it appears!