Yes, where there’s smoke, there’s fire. A new selection of Pokemon will be available to summon in both the 3DS and Wii U games, and these were shown off next. In fact, not only that, but a new ‘Master Ball’ item is being introduced on top of the returning ‘Poke Ball’, with Master Balls only ever unleashing rare and powerful legendary Pokemon! This was demonstrated by a Master Ball summoning super-rare Generation-IV event Pokemon, Arceus, which violently blasts away enemies with its Meteor Smash attack.

Returning Poke Ball Pokemon include: Meowth, who throws a barrage of coins, Electrode, who violently self-destructs and can be picked up and tossed as a bomb, Eevee, which knocks foes aside, Staryu, which pummels a foe with stars, and Metagross, which launches nearby foes with earthquakes.

New additions from Poke Balls include: Fennekin, which burns foes with fireballs, and Gogoat, which players can ride as it charges at foes.

Pokemon from Master Balls appear to include: Meloetta, which knocks foes around with ricocheting musical orbs, Entei, which surrounds itself with a pillar of fire, Deoxys, which fires a beam of light downwards, Palkia, which flips the arena upside down a la the Skull Kid Assist Trophy, Kyurem, which freezes and blasts enemies away with icy winds, Victini, which appears to knock foes away with a burst of energy near it, Keldeo, which slashes enemies with its shining horn, and Xerneas, who possibly heals players around it.

There’s quite a lot of new legendary Pokemon in the new games, and it’s probable that not all of the available Pokemon have been revealed at this point, especially more commonplace new Pokemon from Pokemon X and Pokemon Y, to join Fennekin and Gogoat.

Next up was a key part of this Direct, addressing the game’s actual fighters. While the returning fighters appear to be much the same as previous games, it was confirmed that Samus and Zelda will no longer turn into their alternate forms of Zero Suit Samus and Sheik, which the former does after a Final Smash (which is the same massive laser blast from Super Smash Bros. Brawl), and the latter does with a certain button combination. Instead, Zero Suit Samus and Sheik are now separate playable fighters from Samus and Zelda, with all of these characters’ movesets altered slightly to compensate for the change.

Specifically, Zero Suit Samus is now stronger, and has jet boots that also make her more agile and strike harder, as well as allowing her to more easily recover from falls.

Zelda meanwhile can now summon a Phantom (in reference to her ability to possess Phantoms in The Legend of Zelda: Spirit Tracks) in place of her Sheik transformation, which can be used both as an offensive projectile and a shield, though it can also be reflected back at her by characters such as Fox and Villager.

Sheik has had her moves polished considerably, and now has two new attacks. She can now toss Burst Grenades to use as explosive projectiles, and can also use a new leaping kick attack called Bouncing Fish.

Other new characters getting new capabilities were then detailed. Kirby for example has a new Hammer Flip attack, which lets him charge and release a powerful hammer blast, though he’ll take damage if he charges for too long, so be careful! Kirby also has a new Final Smash attack, the Ultra Sword from Kirby’s Return to Dream Land, which has him repeatedly slashing a massive sword to heavily damage enemies.

King Dedede has become more powerful and expressive as well. He now throws Gordos (the spiked enemies) instead of Waddle Dees, making him more powerful, even if these Gordos can now be knocked back at him for damage with careful timing.

Lucario’s Aura attacks have been boosted, and now become more powerful as it sustains damage. To compensate however, Lucario also becomes more difficult to control as it powers up, making it easier to accidentally destruct yourself. Finally, a Mega Evolution was also added for Lucario, in reference to Pokemon X and Pokemon Y, always allowing its Aura attacks do massive damage, and potentially being a Final Smash, though the broadcast was vague as to how this new Mega Evolution hook is going to work for the character.

Captain Olimar was detailed next, who is now limited to three Pikmin following him around. He now plucks Pikmin in a set order to compensate for a seemingly heavy power reduction however, always going from red, to yellow, to blue, to white, to purple, and back to red. This allows players to more easily see and manage the Pikmin that form the basis for Olimar’s attacks. Olimar’s recovery move has also been changed to now have a Winged Pikmin carry him, in reference to Pikmin 3. Beware that Olimar will be more difficult to pick up and move by the Flying Pikmin if he’s carrying heavier counts of Pikmin with him at the time! This should address some of Olimar’s noticeable shortcomings from Super Smash Bros. Brawl, while also giving him new combat capabilities and generally better combat balance. 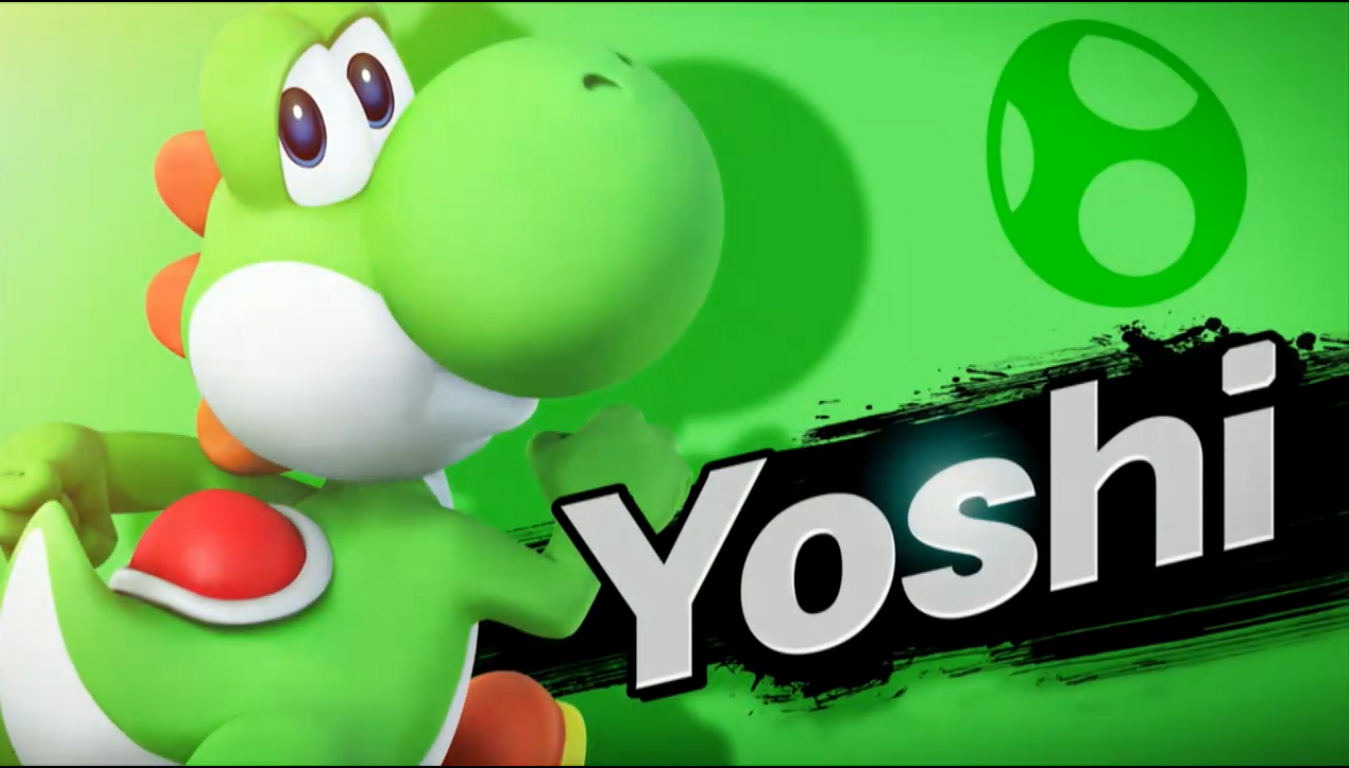 Pit was next, starting with the removal of his gliding ability from Super Smash Bros. Brawl, which makes it more difficult for him to recover before falling, even if his flight dash still remains easy to use. To compensate however, Pit’s attacks now do more damage, and his Final Smash has been changed to the Three Sacred Treasures, which allow him to perform a large arrow shot and energy cluster, on top of the beam attack he had in Super Smash Bros. Brawl. Apparently, Pit is among several fighters who now do more damage, so fans had best anticipate more crucial rebalances.

Finally, it took long enough, but Sakurai has only now confirmed that Yoshi will indeed be returning to the roster of playable fighters. Apparently, Yoshi will now stand upright and not like a hunched dinosaur as before. This will also lead to him having several stronger attacks, though much of his moveset seems to be familiar from prior games. Yoshi’s critical change in posture and movement is apparently the reason why it took this long for Sakurai and the developers to confirm that the character would indeed return for the new games.

It looks like a full house of fan-favourite returning characters is present and accounted for, even if Ness, Mewtwo, Solid Snake, Ganondorf, Captain Falcon, the Ice Climbers, and some other heavily-requested veteran characters seem to remain absent from the game at this point. Bummer.

Now, it was finally time to shed some light on the new characters. Rosalina & Luma from Super Mario Galaxy were up first. Luma can be kept near Rosalina, or left to fly free as a projectile. When roaming free, Luma can attack separately, with the player able to manipulate which attacks it may use from a distance.

Rosalina herself meanwhile has a noticeably different moveset than Luma for close combat, as well as having the ability to shoot Star Bits as a dedicated projectile, a Launch Star as a recovery move, and can draw in items with her down special move, Gravitational Pull, which can also shield Rosalina from enemy projectiles as well. Lastly, Rosalina’s Final Smash, Power Star, summons a large star that bombards the area with legions of shooting stars, making it very difficult to avoid damage from!

Punch Out!!’s Little Mac was detailed next, and will surely be a character more geared towards veterans of ground combat. Little Mac can strike both quickly and strongly with dangerous punching combos, and can easily evade several varieties of ground attacks, returning with powerful counter-strikes. Best yet is that Little Mac’s Smash Attacks are some of the most powerful in both games, making it very easy for him to knock enemies out of the area.

To compensate however, Little Mac’s mid-air ability is non-existent, making him struggle to recover when knocked away, and having almost no ability to fight in the air. If you can keep him on the ground however, this will be a non-issue, especially with Little Mac being the only character to have a dedicated Power Meter as he attacks. When the Power Meter is full, you can expend it to unleash a one-shot K.O. uppercut that will immediately destruct any foes it hits! Yikes!

You can build up the meter easily with Little Mac’s special attacks, which include a lunging punch and a leaping punch, as well as the ability to perform a rising uppercut, and slip around enemies to counter them. Lastly, Little Mac’s Final Smash transforms him into Giga Mac, making him much bigger and more powerful temporarily. On this note, old-school Punch Out!! fans will be able to enjoy a custom wireframe costume for Little Mac, in reference to the original arcade release of the game. Neat!

He may not look like much, but Sakurai had plenty of good things to say about Animal Crossing’s Villager next! Villager has the ability to pocket and unleash enemy projectiles, can jet around on a Lloid Rocket, can float around on a pair of balloons (combining the battle data of the aborted Balloon Fighter design of Balloon Fight from Super Smash Bros. Melee), though enemies can pop said balloons with well-timed projectiles, can plant a tree that he can then chop down and roll into enemies, and a rather goofy Final Smash called Dream Home, where he and the Nook family build a house and then blow it up, launching all nearby foes away.

The game’s new third-party addition, Mega Man was next to be detailed, with a vast array of moves from his history of battle with Dr. Wily’s Robot Masters. He not only has his sliding attack, but also has, and get ready for this:

It would seem that Mega Man officially has more special moves than every other character in both games, and fans likely wouldn’t have it any other way! His Final Smash move is likely the best of the bunch however, as it summons the other ‘Mega Man’ characters from throughout the series’ history, namely the title character from the Mega Man X series, Mega Man Volnutt from the Mega Man Legends series, MegaMan.EXE from the Mega Man Battle Network series, and lastly, the Mega Man from the Mega Man Star Force series, all of which unleash an enormously powerful combined Mega Buster attack for huge damage. It’s enough to bring a tear to any Mega Man fan’s eye, not to mention heaps of pain upon your opponents! 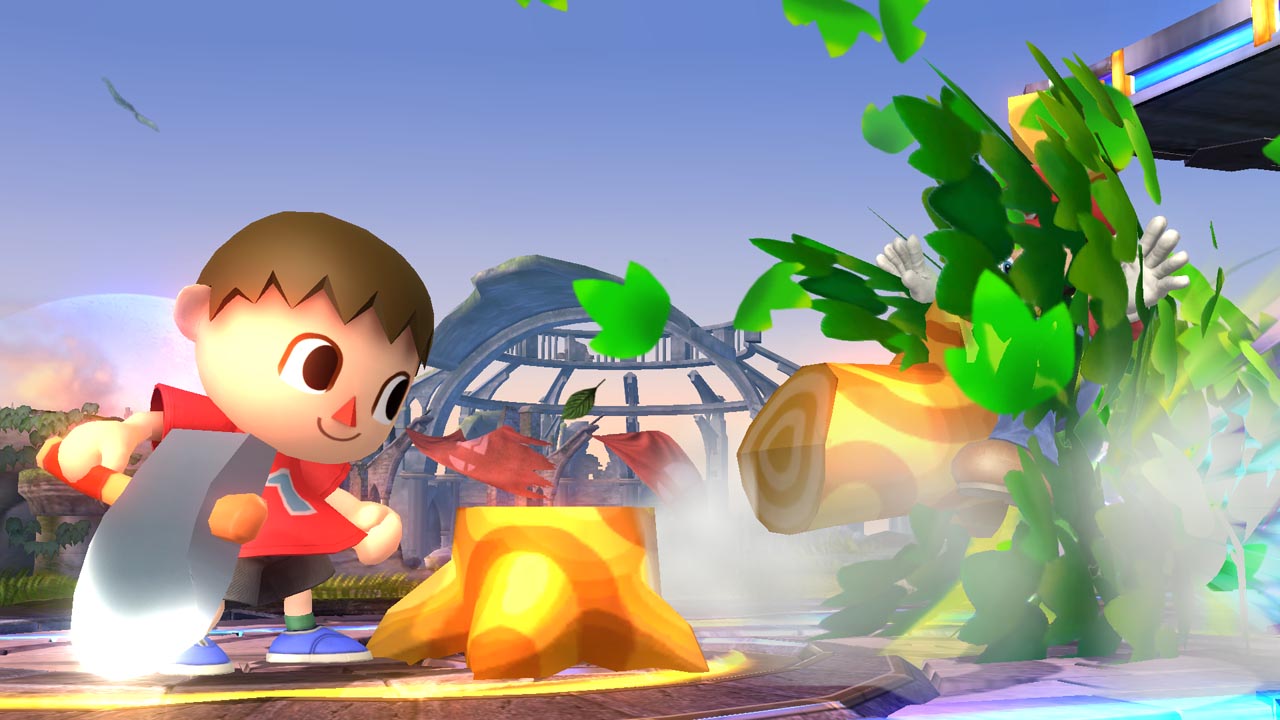 Another character that outwardly doesn’t seem like much is the Wii Fit Trainer, who comes in both male and female formats. The Wii Fit Trainer can utilize healthy techniques to improve his/her strength, specifically deep breathing, along with a Sun Salutation that serves as a projectile strike, which can also be stored for later use. Both the male and female variants have the exact same moveset and capabilities, so the difference between both is purely cosmetic as well.

It seems like the new fighters have just as much exciting battle possibility as the old favourites, and perhaps even more! Whether you plan to play on 3DS or Wii U, or both, you’ll surely find plenty of exciting new battle strategies to master across a variety of new arena backdrops!