One has to wonder why DC didn’t see fit to make this massive announcement at this year’s Comic-Con, but, nonetheless, here we are. Warner Bros. and DC have both jointly confirmed a scoop broken by Box Office Mojo, and have pulled a page from their rival, Marvel’s playbook; Setting a slew of release dates for an array of mystery movies, all currently without titles or any solid details. 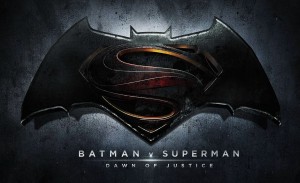 A lot of questions still linger, but at least we’ve got the first part of a roadmap to Warner Bros. and DC Entertainment’s plan for the DC Cinematic Universe that they started last year with Man of Steel. Even more assuringly, we now have confirmation that Warner Bros. and DC have actually mapped out a plan for their answer to Marvel’s highly successful Marvel Cinematic Universe, which is now enjoying its latest massive blockbuster hit with the highly lauded and hugely-selling Guardians of the Galaxy.

First however, DC appears to have made a sacrifice on their Hollywood chess board, as they’ve officially blinked in the staring contest with Marvel. Initially placing their Man of Steel follow-up, Batman v Superman: Dawn of Justice on May 6th, 2016, the same day that Marvel previously scheduled a third, currently untitled Captain America movie, Warner Bros. has now reconsidered that decision, and moved their movie out of that date. This means that Marvel is officially keeping their sacred Summer movie season kick-off tradition in place in 2016, still going strong since maintaining it with 2007’s release of Spider-Man 3, onward. 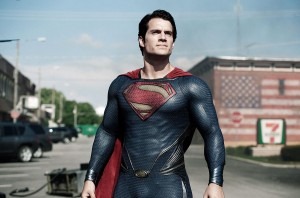 Fortunately, the release shift means that Warner Bros. is now releasing the next DC Cinematic Universe entry sooner as a result! Batman v Superman: Dawn of Justice will now come to theatres on March 25th, 2016, giving it a head start against old Wingtips. Frankly, considering that this year’s Captain America: The Winter Soldier broke several April records with its colossal box office intake, receiving enormously positive feedback from critics and moviegoers alike, it’s no doubt a wise move to avoid picking a fight with the next Cap movie, especially with Captain America himself likely only gaining more appeal in next year’s crossover sequel, Avengers: Age of Ultron.

DC isn’t the least bit bothered at the very least, with an insider issuing a statement claiming that all parties are excited to be establishing a new blockbuster pillar for themselves in the still-lucrative March season. That’s certainly true, though it’s no doubt bad news for long-gestating follow-up, Beverly Hills Cop 4, which now has to share a date with this behemoth blockbuster! Frankly, we wouldn’t be surprised if Paramount pushed the troubled sequel back now.

In any case, Warner Bros. and DC have staked the following dates for various untitled DC Cinematic Universe movies:

Along with this announcement, Warner Bros. has also confirmed two ‘event’ movies for November 16th, 2018, and November 20th, 2020. They’re not outright confirmed to be DC-related, though given that these dates were revealed in such a DC-heavy announcement, one has to wonder if these dates may perhaps correspond to DC’s own previously-confirmed crossover movie, Justice League, perhaps alongside a sequel. 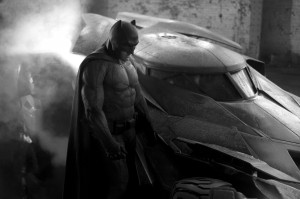 Note as well that DC has very carefully placed these dates so as not to venture too closely to Marvel Studios’ own placeholder dates for various Marvel Cinematic Universe mystery flicks. It would seem that they’re no longer interested in picking a direct fight against the critical and commerical juggernaut of Marvel Studios, who have set their own slew of release dates through 2019 at this point. Again, probably a wise move for DC.

These dates don’t appear to confirm or deny a previous leak, which claimed that Warner Bros. was planning an independent Superman-themed sequel for 2018, an independent Batman-themed sequel for 2019, a solo Wonder Woman movie for 2017, and movies featuring currently-unconfirmed DC Cinematic Universe heroes, such as a Flash/Green Lantern team-up movie in 2017 for example.

So far, Batman v Superman: Dawn of Justice is set to introduce Batman, played by Ben Affleck, Wonder Woman, played by Gal Gadot, and Cyborg, played by Ray Fisher, to the DC Cinematic Universe. It’s also rumoured that DC is grooming Dwayne Johnson to play either Shazam or Black Adam in a Shazam-themed movie that DC is apparently particularly enthusiastic to get off the ground, and may also 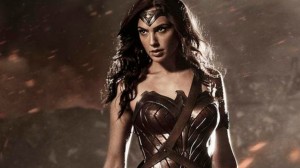 be courting Jason Momoa for the role of Aquaman in the DC Cinematic Universe. So far however, both of these rumours remain unconfirmed by the studio.

What we do know however is that DC is keeping their movie and television universes separate. None of these movies will feature Stephen Amell’s Green Arrow from Arrow, nor Grant Gustin’s Flash, set to debut in this Fall’s new TV series, The Flash, as these television characters don’t exist in the DC Cinematic Universe.

What kind of movies are you hoping to see in the DC Cinematic Universe, now that these dates have been confirmed? What heroes do you hope will star in them? Feel free to leave your comments below.

Eggplante will continue to fly your news on the DC Cinematic Universe, as we can watch it.