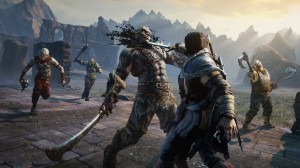 The release of Middle-earth: Shadow of Mordor may be fast approaching on most of its platforms, but it appears that those planning to play the Lord of the Rings prequel on last-gen consoles will have to wait a little longer. Warner Bros. has just confirmed that the Xbox 360 and PlayStation 3 versions of Middle-earth: Shadow of Mordor have been delayed to November 18th in North America, and November 21st in Europe. The PC, PlayStation 4 and Xbox One versions of the game are still on schedule for September 30th, or October 3rd if you live in the U.K.

This could be a decision on the part of developer, Behavior Interactive, who will be handling the last-gen ports of Middle-earth: Shadow of Mordor. The next-gen console versions and PC version are instead in development by F.E.A.R. studio, Monolith Productions, not to be confused with Nintendo subsidiary, Monolith Soft, of Xenoblade Chronicles fame. While both variations of the game will be fundamentally the same, the new ‘Nemesis System’, which adjusts enemy behaviour according to the player’s actions, will not have nearly as much detail on Xbox 360 or PlayStation 3. 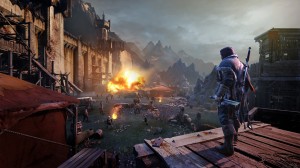 Middle-earth: Shadow of Mordor is an action-RPG where players take control of undead Ranger, Talion, who enters the land of Mordor seeking revenge for his murdered family, just as Sauron is beginning to re-assemble his forces before the events of the Lord of the Rings trilogy. The game will feature an open-world setting, and will allow players to customize Talion both as a Ranger and as a Wraith.

Keep riding back to Eggplante for all news and updates on Middle-earth: Shadow of Mordor.