Denzel Washington consistently proves to be a captivating screen presence. Even when he’s let down by the material around him, you can always trust Denzel to deliver. Never has this been more apparent than in The Equalizer, a plodding, by-the-numbers thriller inspired by the 1980’s television series of the same name. Strangely lethargic for most of its runtime, The Equalizer tries to punctuate itself with shocking moments of hardcore violence, and a few action beats that echo back to Guy Ritchie’s Sherlock Holmes movies, and this is the best it can muster to keep its audience awake.

Basically, you could be forgiven for thinking that The Equalizer is kind of boring. It’s a fully rote thriller that sports Denzel as a saving grace, and doesn’t have much else to offer. In capping off the September movie lineup this year, it’s noticeably outdone by the more imaginative and memorable Laika flick, The Boxtrolls, and the movie just never totally feels like it gets off the ground, despite its obvious ploys at introspection and wisdom on the part of its lead character, obsessive-compulsive do-gooder, Robert McCall.

If all you need is a Denzel fix, then The Equalizer can be trusted to deliver. In terms of enjoying the man’s talents however, it’s pretty well the equivalent of ordering take-out. It gives you what you want, but not with any real degree of satisfaction beyond the meal itself.

Initially, Robert McCall seems like an interesting and noteworthy action man. He’s living a quiet life working at a Home Depot lookalike, and spends his spare hours at the local coffee shop, reading literary classics. In all senses, it seems like he’s a man who truly does just want peace.

The problem with the writing however is that McCall never totally breaks out of this quiet, detached persona. The filmmakers were obviously trying to go for a unique mixture of cold and zen with their hero, but only Denzel’s performance is left to make McCall at all engaging. Denzel is enough to elevate the material, having some spots of badass brilliance, but even he can only do so much with what is, disappointingly, too detached a character.

Sure, part of the appeal is seeing Denzel’s McCall execute every brutal death and walk out of every outmatched shootout like he’s the love child of Ethan Hunt and Jack Bauer, but something about The Equalizer just doesn’t click with his character. He’s almost too workmanlike. It’s to the point where even Denzel just seems like he’s going through the motions, only inducing passing cringes of the audience during an especially brutal kill, or when he has to sloppily tend to a gunshot wound with a spatula and some honey. Does that seriously work?

Fortunately, McCall is at least given a formidable, interesting and far more engaging antagonist in Martin Csokas’ Teddy, a Russian fixer who is called in after McCall’s first killing spree. Teddy is exceptionally unpredictable and politely psychotic, and one of the worst disappointments of The Equalizer is the fact that Teddy and McCall only have one major, and all-too-brief fight scene. The scene itself is sort of cool, albeit a bit unintentionally amusing, since its sprinkler-slicked landscape feels like an intentional throwback to other action movies that have featured pivotal action scenes in the rain.

All of this goes down when McCall befriends a down-on-her-luck call girl named Teri, whose real name is actually Alina. After seeing Teri/Alina get abused and eventually beaten into a coma, McCall decides to intervene, or, ‘equalize’ the situation, as it were. 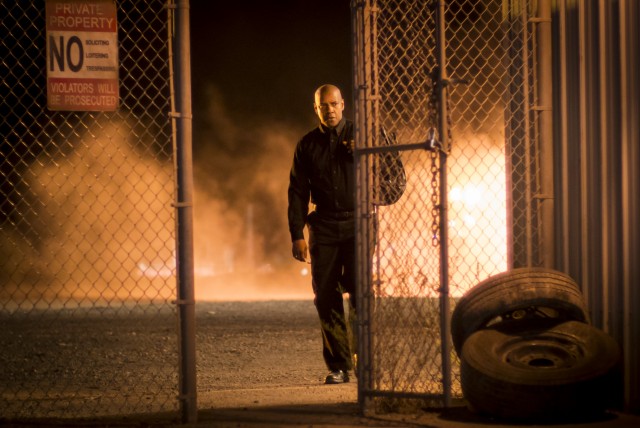 Given that McCall’s incentive is comatose for almost the entire movie, we see disappointingly little of Chloe Grace Moretz in the part. This is a very daring role for a young actress like Moretz to play, but given that her claim to fame is as Kick-Ass’s Hit-Girl, she’s probably more up to the task than just about anyone else. That’s why it’s a shame that we barely see her, beyond a few dull scenes of her waxing poetic with Denzel, scenes that feel woefully out-of-place in this kind of movie.

Even as the movie tries to fit in arcs of other McCall saintliness, such as helping a pudgy employee become a security guard or returning another co-worker’s stolen valuables after a robbery, The Equalizer just seems too bored with itself. It’s checking off its script ideas without any sense of engagement or energy, and without Denzel’s incredible on-screen charisma to salvage things, it would have been a complete snore, with almost no characters of real note.

Despite its purporting about apparently being so ‘deep’, The Equalizer isn’t often particularly about anything. It just drifts through the retired life of former black ops operative, Robert McCall. The near-death beating of McCall’s call girl buddy is what pushes most of events forward, but even then, the movie feels like a series of events, rather than having an actual, cohesive plotline.

This could be a byproduct of adapting a television show, but several other TV-to-film adaptations have certainly done a better job of reinventing themselves as Hollywood franchises with film-friendly plotlines, chief among them being Mission: Impossible. The Equalizer however just feels sidetracked in comparison, which is ironic, since its main character is supposed to suffer from OCD. This is never outright stated, though it was confirmed by Denzel in interviews (apparently, McCall having OCD was even Denzel’s idea, since he is also one of this movie’s producers), and it makes you wonder why the character doesn’t appear more visibly tormented and exasperated at the world around him.

Ultimately, there’s just nothing to say about the plot of The Equalizer. It’s just sort of loosely hanging there, giving one simple motive for its lead character, and then largely just sitting back and having its lead do whatever. The pacing feels plodding, and the final product feels disappointingly boring for the most part as a result.

Denzel and director, Antoine Fuqua delivered a superb cop drama with Training Day, but it would appear that lightning didn’t strike twice here. Considering that Fuqua delivered last year’s entertaining and action-packed Die Hard derivative, Olympus has Fallen, it’s especially surprising to see him helm The Equalizer with what seemingly appears to be absolute disinterest.

Apparently, Fuqua wanted every action beat in The Equalizer to be 100% believable. Sure, he succeeds in this endeavour, which helps the movie feel all the more squeamishly brutal during its most violent of kills, but realism doesn’t necessarily translate to interest. In some movies, it does, but in the case of The Equalizer, it just feels like it’s missing key ingredients from behind the camera, chief among them being any sense of energy or engagement.

Needless to say, Fuqua has done better better thrillers in the past, including the similarly toned double-cross thriller, Shooter. It’s a mystery as to why he couldn’t replicate that same formula here.

The Equalizer has a major feather in its cap by having Hollywood composer extraordinaire, Harry Gregson-Williams composing the soundtrack. Unfortunately, like so many other elements of the movie, the soundtrack falls victim to forgetting to be interesting.

Predictably then, Gregson-Williams phones in the score completely. The music is very unintrusive, to a fault, and feels like any copy-and-paste action-thriller score that you can name. There is literally nothing else that one can say about it. It’s wholly derivative and dull. 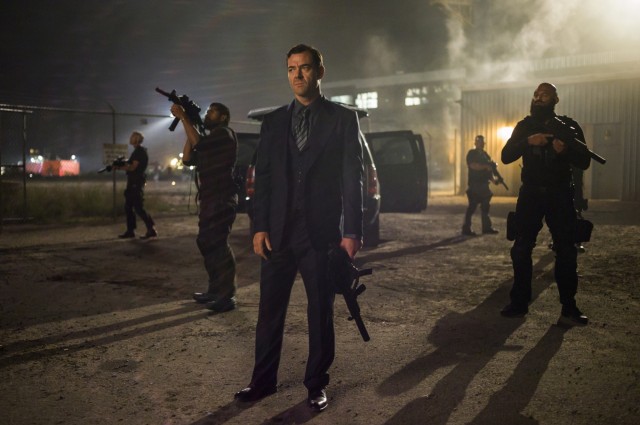 Likewise, beyond a few stomach-turning sound effects, the sound work throughout the movie is equally uninteresting. You can squeeze a bit more out of the most squeamish murders if you opt for the IMAX cut, but trust me, it’s not worth it. I saw The Equalizer in IMAX, and as I suspected, it’s the most redundant IMAX cut I’ve ever seen since the Twilight movies. It’s a pathetic cash grab, and it has no reason to exist at all, doing nothing with the IMAX screen, projector or sound system. Trust me, you’re better off sticking with a regular digital screening.

Like so many other things, this movie’s audio job is plucked from a checklist, with no real energy or heart behind it whatsoever, and it’s as simple as that.

Some movies just can’t escape feeling like a mere pay cheque for all involved. The Equalizer is one of those movies. It’s an assembly line thriller that is simply put together to buffer a predictably dodgy September movie lineup, and tries to weakly generate interest by grabbing a license for a beloved television series, on top of laughably sporting a completely redundant IMAX cut for no reason at all.

Hardcore fans of Denzel Washington may still find some entertainment here. After all, even when a Denzel movie isn’t very good, Denzel himself is still a captivating presence. Don’t expect any real long-term value from this movie though, and don’t expect to remember it when the next Denzel movie comes along, and likely inevitably surpasses this one.

If you could care less about Denzel’s leading man presence, then The Equalizer offers nothing for you, even if you’re a nostalgic fan of the TV series. Just move along and wait for a better thriller, because there’s very little that’s genuinely thrilling about this one.