After an especially strong episode last week, Constantine kept its positive momentum going into the Fall finale, “The Saint of Last Resorts”, which ended with harrowing circumstances for both Constantine and Zed.

The case of the episode involved a baby being snatched and a woman being murdered by a demon in a New Mexico church. One of the nuns at said church, Anne-Marie, who happens to be an old bandmate of Constantine’s from his Mucous Membrane days (and should be familiar to fans of the Hellblazer comics, even if she’s younger and prettier here) decides that her only choice is to ask the so-called ‘Master of the Dark Arts’ for help. Using a form of astral communication, she summons Constantine to try and help her get to the bottom of the situation, with the help of Chas as well, while Zed stays behind to hold down the fort. 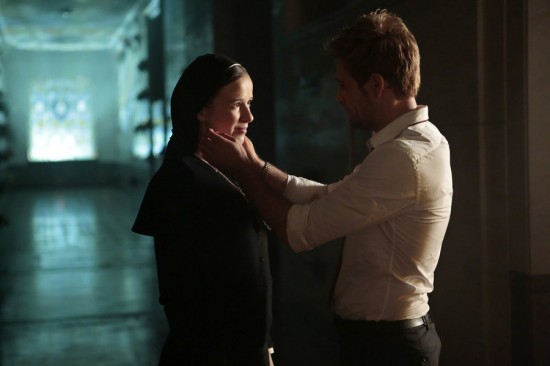 This episode takes an interesting turn when it’s revealed that Anne-Marie is the person responsible for starting Constantine on his path into the occult. That, paired with their rocky romantic history made for a provocative dynamic between the two characters, particularly given Constantine’s usual disregard for religion and people of the cloth.

Eventually, Constantine and Anne-Marie learn that the baby abductor happens to be Lamashtu, a rejected bride for Adam back in the Garden of Eden that chose power in Hell over servitude on Earth, and feeds on young infants for perpetual sustenance. Masquerading as a fellow nun in Anne-Marie’s church, Lamashtu is targeting the family of the surviving father, who apparently has a history of being a part of a group of evil warlocks called the Brujeria.

This episode finally establishes that the Brujeria seem to be the ones behind the oft-referenced ‘Rising Darkness’, with Lamashtu revealing that they are conspiring with demonkind to merge Hell and Earth, so that demonkind can run free, and humanity are the ones being persecuted. It’s a plan that Hellblazer comic fans probably won’t be surprised at, but it’s good that the Fall finale took the opportunity to finally shed some insight into why exactly the world of the occult has gone so batty. 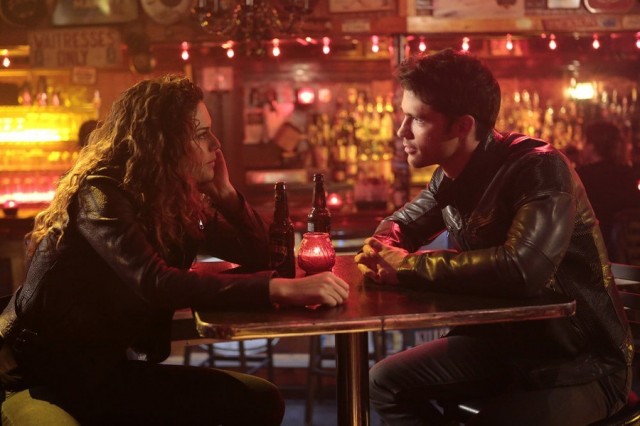 After Constantine gets rid of Lamashtu, allowing he and Anne-Marie to grab the stolen babies (a second is introduced as the secret child of the surviving father’s son), another demon, the contorted, faceless Invunche, begins to stalk the two through the sewers. Anne-Marie grabs the babies and betrays Constantine, shooting him in the gut so that she can get away with the children, while Constantine is left for dead. She even recounts a quote that Constantine himself said just a few scenes back, when he declared that there is no price too heavy for the lives of innocents. It was an unusually noble moment for him.

So, Constantine is left dying and about to be devoured by a demon as the episode ends. Zed wasn’t any better off either.

After Constantine places his homestead full of protection spells and demon traps, then tells Zed to stay put, she naturally doesn’t do so. Running into art model, Eddie again from last week’s episode, she finally goes out on a date with the guy, but after touching him, learns of his intentions due to her clairvoyance. Luring him back to Constantine’s place, Zed subdues Eddie and interrogates him as to his intentions. Apparently, Eddie is out to get Zed back for her cult fanatic family, who believe Zed is some sort of salvation. We also learn Zed’s real name this episode, Mary, though fans of Hellblazer comics would already be aware of that. 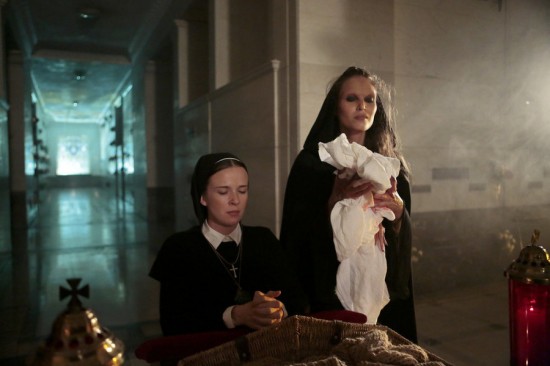 After Zed watches Eddie get killed after failing to use him as a bargaining chip, Zed has to flee two other cultists who are out to bring her back. After managing to drop one of them into a dimension of oblivion thanks to a magic door (only in the DC Occult Universe…), the other cultist manages to drug her and take her. I get that Zed isn’t an expert fighter or anything, but honestly, her capture could have been a little more interesting. The way she’s snuck up on and captured so abruptly is kind of disappointing.

Again, this leaves both Constantine and Zed in big trouble. It should certainly make for an exciting return for the show next year, even if some fans may be irked by the cliffhanger. 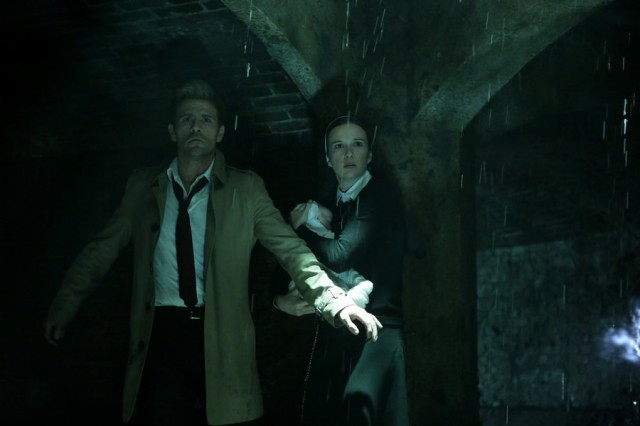 “The Saint of Last Resorts” may frustrate with its incomplete story, but it’s still a superb Fall finale with an exceptional mix of drama, mystery, horror and suspense. It also closes out Constantine’s debuting 2014 run of episodes on a strong note. Now that we know who’s behind the rising darkness, and what their plans are, the show should hopefully keep picking up when it returns in 2015!

Constantine 1.8: "The Saint of Last Resorts" Review
Constantine's Fall finale was chilling, surprising, and full of great character drama. If you can handle the ominous cliffhanger ending, it closes out the show's 2014 run on a strong note.
THE GOOD STUFF
THE NOT-SO-GOOD STUFF
2014-12-13
88%Overall Score
Reader Rating: (0 Votes)
0%