Agent Carter brought back the Howling Commandos from Captain America: The First Avenger this week, resulting in arguably its best episode yet, and one that continues to explore the big new present day Marvel Cinematic Universe connection that was introduced during last week’s episode, “The Blitzkrieg Button.”

After Dooley’s seized typewriter types an encoded message from Leviathan, Peggy cracks the code and successfully convinces Dooley to let her go to the Russian location specified, alongside Thompson. Dooley is forced to relent when Peggy claims that she can get the Howling Commandos on their side for the mission. Thus, for the first time, the miniseries takes us out of New York, and into a new location. 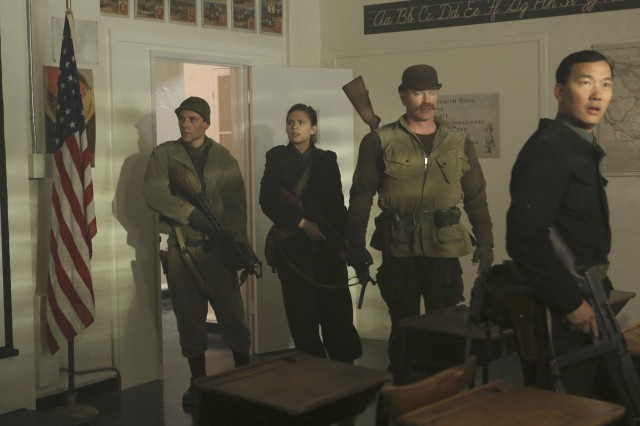 The episode continues strong as the Howling Commandos address their own individual anguish over losing Captain America, sharing in Peggy’s sorrow. We even get some new insight into Thompson, who tells a story about surviving a Japanese ambush during WWII, later confessing to Peggy that it’s a story he told after he realizes that he mistakenly killed a platoon attempting to surrender. This is the most vulnerable that we’ve seen Thompson, particularly after he freezes during a combat scenario at one point in the episode, and by the end, Thompson appears to establish a new friendship with Peggy, with Thompson now respecting Peggy as a comrade in a way that he couldn’t before, particularly when he recounts that he could never tell the story to anyone since he was so ashamed, with Peggy declaring that he just did.

Of course, aside from all that, this episode had one key purpose; To introduce the Red Room into the Marvel Cinematic Universe. As was teased during last week’s episode, the Red Room already exists during Peggy’s time, and it is indeed where Natasha Romanoff was trained to become Black Widow, along with many other girls. We don’t see Natasha, or at least it doesn’t appear that we do, so it’s up in the air whether the MCU rendition of her character played by Scarlett Johansson has slowed aging, as Natasha does in Marvel Comics lore. This would help to explain why Natasha appears to have wisdom and skills beyond her youthful appearance in the present day of the MCU, though it currently remains unproven. 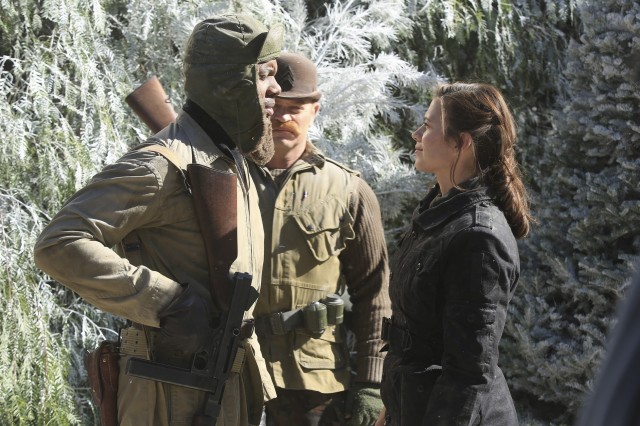 We do however see these deadly little girls in action, including through dream sequences by Dottie, who breaks into Peggy’s apartment while she’s away. Finding all of the evidence of Peggy’s mission, including the roster of stolen Stark weapons, Dottie’s agenda remains a mystery, but it certainly seems like she’s up to no good. Her growing friendship with Peggy will no doubt only exacerbate this problem later, since Peggy is bound to come into conflict with her at some point soon.

In any case, the action sequences in Russia really don’t pull punches, with Dum Dum Dugan surviving a stab wound, and casualties even being sustained between the Commandos. Even now, the Red Room produces girls that don’t screw around, despite Peggy showing mercy on Dugan’s attacker, ordering him not to toss a grenade into the vent that she flees into. Is that the right decision? Time will probably tell. 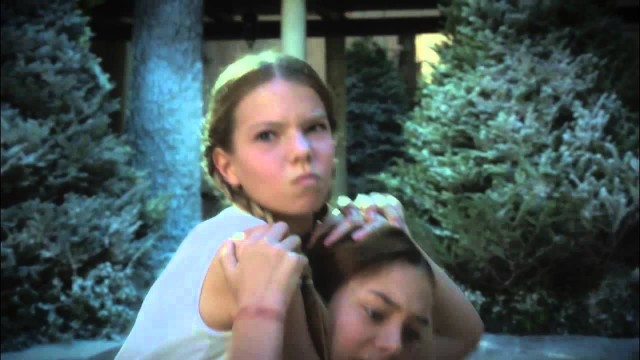 Managing to bust out a Russian scientist by the end of the dangerous mission, it would appear that the SSR is closing in on Leviathan, and their ultimate endgame. Likewise, Sousa finds decisive evidence that Peggy is the blonde woman in the photograph from the start of the miniseries, after a prank by Thompson leads to him discovering shrapnel wounds in Peggy’s shoulder, matching the same wounds in the photo. Uh oh.

As cool as the action and thrills of this episode were though, it was the fantastic character interaction that really sold everything. The incredible dramatic depth given to characters on all sides, even Dottie, was remarkably well-done. That’s not to say that our first glimpse at the Red Room in the MCU wasn’t worth it either, as that was still a very cool thing that is helping Marvel’s TV shows lead the charge on development in the MCU, as much as the movies do, and that was something that the midseason finale of Agents of S.H.I.E.L.D. finally started doing at the end of last year with the launch of the Inhumans, who won’t be getting their own movie until late 2018. 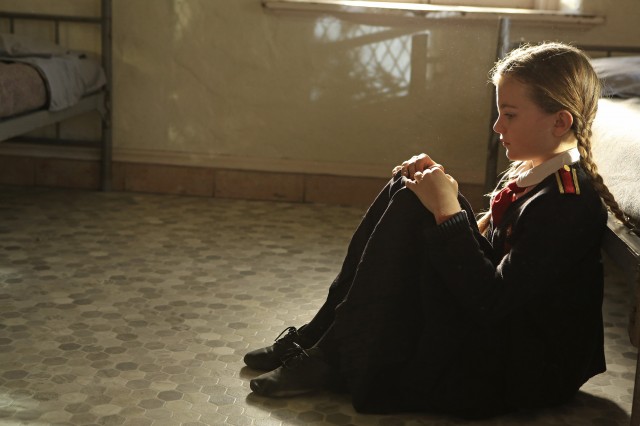 As the stakes rise, and the personalities continue to pleasantly surprise, Agent Carter stands better than ever, now that it’s just past its halfway point. Things should continue to amp up next week, as both Peggy and Leviathan come into the sights of the SSR, and we hopefully learn the real agenda behind the Red Room.

Agent Carter Episode 5: "The Iron Ceiling" Review
Agent Carter delivered by far its best episode yet with "The Iron Ceiling", introducing the Red Room to the MCU, bringing back the Howling Commandos, and containing heaps of outstanding character moments on all sides.
THE GOOD STUFF
2015-02-04
95%Overall Score
Reader Rating: (1 Vote)
96%