NOTE 2: Full spoilers for this episode of The Big Bang Theory are present in this review

Last week’s episode of The Big Bang Theory was a real dud, but fortunately, “The Graduation Transmission” fared better. It still had some frustrating narrative problems, but at least it was a funnier episode that left a far better impression.

The main plot of the episode involved Leonard getting asked to deliver a speech for his old high school’s graduation ceremony, all the way in New Jersey. He plans to take Penny along for the trip, before bad weather keeps them stranded. Leonard initially sees the omen as a relief, until Penny convinces his old school to deliver the speech over Skype. This leaves Leonard with mixed feelings about trying to talk optimistically to a bunch of graduating teenagers, when his own high school experience was so terrible. 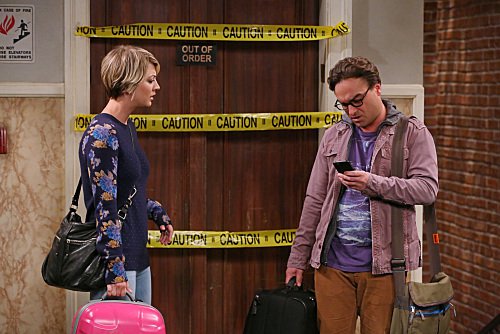 Naturally, Leonard’s speech is pretty awful, even when he forces Penny to get in on it. Even Penny becomes bored and falls asleep, leaving Leonard to scrap his speech plans, and just be honest. Leonard says that the nerds like him who are picked on are just starting to become interesting, while the bullies are just mad that they peaked in high school. Surprisingly, the speech is a big success, and Leonard is thankfully not actually present to get bum rushed on the stage by said bullies! Sure, it’s a bit of a cliched look at nerds-vs.-bullies, but it was satisfying to see Leonard tell it like it is, even if the episode’s main plot surprisingly made less of an impact than the two subplots.

Both of these subplots involved Howard and Raj, surprisingly, with Sheldon taking a backseat to merely service jokes, and Amy once again not really appearing at all. Is Mayim Bialik tied up somewhere? Amy’s absences over the past couple of episodes are pretty conspicuous, especially when Sheldon played a bigger part in proceedings last week.

Regardless, Howard buys a complicated mobile-controlled drone, which he tries to get working with Sheldon. The drone won’t interface with the mobile app properly, so Howard decides to take the thing apart, despite Sheldon warning that it will void the warranty. Despite that, Howard saying that he’s an engineer, and thus wipes his rear end with warranties, was pretty funny.

Of course, you can see where this is going. The drone gets ripped apart by Howard, with Howard unable to actually repair the thing. Bernadette then comes in with the claim that Howard should call tech support, which the guys humourously take offense to. This is a nice bit of overlap between general straight guy cliches and geek cliches alike, and the joke was played reasonably well, especially when Howard is forced to capitulate, and is then indefinitely put on hold by the tech support crew.

Raj meanwhile is apparently the one who footed the bill for the drone, using his father’s money. His father then angrily calls Raj over Skype, and announces that he’s cutting off his allowance. Wait, Raj has an allowance?! I know that he’s spoiled, but he has to be around his mid-30’s by now, working as a successful astronomy researcher for CalTech, not to mention, his girlfriend (where is she anyway?!). is a freakin’ doctor! What exactly does he need an allowance for?! 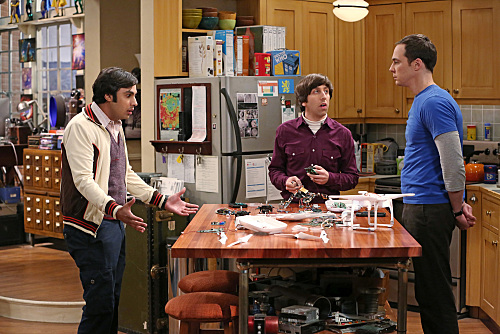 Yeah, Raj’s arc was funny, but it was a narrative mess, on the negative side. Ignoring the obvious plot hole of why Raj would still be getting financial handouts from his very strict parents, despite obviously not needing them, there wasn’t really a resolution or consequence to this storyline, with Raj not really suffering on account of his being spoiled. or even losing the allowance at all. If anything, Raj ended up with even more free money than he had before! Even with his father initially being mad at him, nothing really came of Raj’s arc, beyond some reasonably solid jokes. An approximately 35-year-old man who blows his so-called allowance on expensive (and defective) flying drones should definitely have gotten some kind of just desserts here.

Fortunately, the conclusion of the episode was really funny stuff, with the drone all of a sudden working just as Howard is connected to tech support, though picking up another signal of some kind. The drone then flies around wildly and attacks everything, with Sheldon screaming to the tech support person that the robots have invaded. Likewise, Leonard and Penny try to return to Leonard’s apartment, only to be greeted by the carnage right as the episode ends. It was pretty amusing. 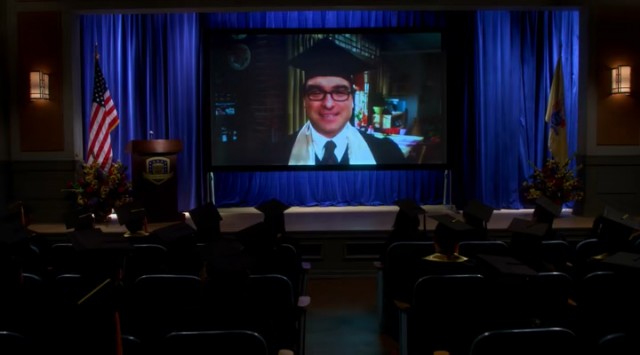 “The Graduation Transmission” was decent, and was at least an improvement over the rather unfortunate “The Communication Deterioration.” The jokes worked better than the storylines, but it still averaged out to some good hijinx for The Big Bang Theory, even if not a lot of common sense.

The Big Bang Theory 8.22: "The Graduation Transmission" Review
The Big Bang Theory delivered solid laughs and questionable storylines in a decent episode that was at least noticeably better than the previous week's.
THE GOOD STUFF
THE NOT-SO-GOOD STUFF
2015-04-26
76%Overall Score
Reader Rating: (0 Votes)
0%