One of our all-time favourite tech demos was Quantic Dream’s Kara, a proof-of-concept non-game running on PlayStation 3.

It showed something seen quite often in science fiction lately: artificially-intelligent robots developing an emotional or spiritual component and raising the question of humanity in robots.

At Sony’s Paris Games Week, Quantic Dream has announced Detroit: Become Human based on that original tech-demo, which first surfaced in 2012.

The game is based on what happens to Kara after she escapes the manufacturing lab. Detroit has become “Android City”, and while the trailer doesn’t give much of the story concept away, there are many robots-becoming-sentient undertones throughout the three-minute trailer.

The PlayStation 4-exclusive was not given a release date, or even a year, indicating it likely won’t see the light of day until mid-late 2017. With Sony’s upcoming Uncharted 4: A Thief’s End, The Last Guardian, No Man’s Sky, and Horizon: Zero Dawn all launching in 2016, Sony is certainly looking to 2017 and beyond for some heavy-hitting titles. 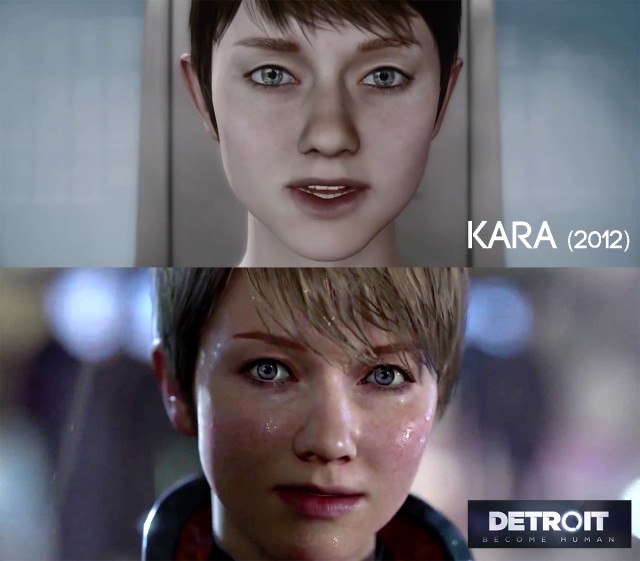