Despite controversially shirking the Xbox One in its entirety, Capcom’s upcoming fighting game, Street Fighter V has generated lots of positive buzz. The series’ lead producer, Yoshinori Ono was on hand at Paris Games Week 2015 today to speak about the game, and best of all, he confirmed when we can expect it to launch! 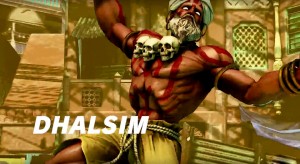 Along with revealing the release date for the game, Ono also confirmed that another returning Street Fighter personality, the yoga-powered, fire-breathing Dhalsim, will be featured in Street Fighter V’s default roster! Dhalsim now sports a new, bearded look to boot, and has newly-modified projectiles and teleportation capabilities in his latest return to the franchise. Apparently, just one more default character remains to be revealed, which Ono stated will be unveiled during this year’s PlayStation Experience expo in December.

Lastly, Street Fighter V promises to add six more characters to the roster over the course of its first year of availability in 2016, in a move that seems to be inspired by Microsoft’s free-to-play Xbox One fighter, Killer Instinct. Even better is that the six characters aren’t purchased with real-world money, and will be awarded free to anyone who earns enough in-game currency and accolades. That’s a smart gesture of goodwill from Capcom, since the company has been criticized at the start of the decade in particular for nickel-and-diming gamers with things like on-disc DLC and paid cheats.

Keep cannon-spiking Eggplante for all news and updates on Street Fighter.