Following the recent unofficial announcement by director, Ridley Scott of the long-awaited follow-up to 2012’s sci-fi blockbuster movie, Prometheus, as a project called ‘Alien: Paradise Lost‘, 20th Century Fox has now made the movie official, along with tweaking a few details. As a leaked memo revealed recently, the movie has been re-titled, and is now ‘Alien: Covenant‘. Fox has also released official title artwork, confirming that this will indeed be the movie’s final title. You can check it out below:

On top of revealing the title, Fox also set a proper release date for the sequel, which is being booked for October 6th, 2017, pitting it against Warner Bros.’ Jungle Book: Origins at this point. Noomi Rapace and Michael Fassbender are still expected to reprise their roles as Dr. Elizabeth Shaw and android, David, respectively, though Rapace’s involvement in the movie is a bit more unclear, since it appears that the sequel’s story treatment has been reworked. This is evidenced by the official synopsis that Fox released for Alien: Covenant, which goes as follows:

Ridley Scott returns to the universe he created in ALIEN with ALIEN: COVENANT, the second chapter in a prequel trilogy that began with PROMETHEUS — and connects directly to Scott’s 1979 seminal work of science fiction. Bound for a remote planet on the far side of the galaxy, the crew of the colony ship Covenant discovers what they think is an uncharted paradise, but is actually a dark, dangerous world — whose sole inhabitant is the “synthetic” David (Michael Fassbender), survivor of the doomed Prometheus expedition.

Clearly, Fassbender’s David still plays a large part in the storyline, which appears to take place several decades after the events of Prometheus, though the synopsis doesn’t answer the question of how Dr. Shaw fits in to things, especially when the synopsis also confirms that Alien: Covenant will have largely different leads. This may be predictable however, given that many of the lead personalities from Prometheus ended up being killed by the end of the movie. 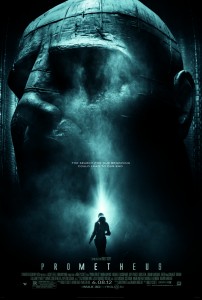 Also of interest is the synopsis claiming that Alien: Covenant will be the middle chapter of a trilogy, which somewhat flies in the face of what director, Ridley Scott spoke about regarding his plans for Alien prequels, whereupon Scott confirmed that he currently has plans for three or four sequels to Prometheus. Perhaps Fox simply doesn’t want to count their chickens before they hatch, as Prometheus was a big seller at the box office in 2012, though drew mixed feedback from critics and moviegoers, and especially Alien fans.

Keep exploring Eggplante for all news and updates on the Alien movies.