It’s been speculated for quite some time that the Wonder Woman movie, set to hit theatres next year, is a period piece. Warner Bros. and DC further fueled this speculation when some Wonder Woman concept art was shown at last year’s San Diego Comic-Con, which showed the title heroine appearing to be carried by soldiers from the Great War, though both refused to specify if that was the setting. Now, it seems like the record has been set straight by Chris Pine, who will portray male lead, Steve Trevor in the upcoming DC Extended Universe movie. 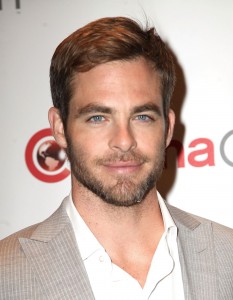 Pine confirmed in no uncertain terms that the movie is indeed set during WWI, in the early 20th Century. He went on to discuss how Steve Trevor will fit into the story, claiming that he’s a rogue-ish, cynical realist who is well familiar with the brutish nature of then-modern civilization. Pine also claimed however that despite that, Steve is still a funny and charming guy, and that the movie’s tone will be great fun, albeit still with interesting, morally relevant themes. On the note of the WWI setting, Pine claimed that it helped to make the movie more interesting, since most period movies with a war backdrop instead spotlight WWII.

In DC Comics lore, Steve Trevor was originally a WWII soldier, who crash-lands on Wonder Woman’s fictional home island nation of Themyscira. He ultimately became a key motivation for Diana Prince to leave Themyscira and protect the rest of the world as superheroine, Wonder Woman, after Diana fell in love with Steve, and wanted to return to the human world with him. It’s likely that some of this backstory will play into Steve Trevor’s role as a male lead and love interest in the Wonder Woman movie, though Steve Trevor hasn’t always been confined to period backdrops, as several subsequent bits of DC media have moved him forward in history, whenever it’s necessary to modernize Wonder Woman’s backstory.

Gal Gadot will of course portray the title heroine in Wonder Woman, though she will first appear as the character in this March’s Batman v Superman: Dawn of Justice. Gadot’s Wonder Woman is described as having a modestly-sized, but pivotal part in the movie, and also as a, “Gateway drug” to the eventual formation of the ensemble Justice League in the DC Extended Universe movies.

Keep lassoing Eggplante for all news and updates on Wonder Woman, and other big projects in the DC Extended Universe.