Better Call Saul devoted an entire episode to addressing the major fallout at the conclusion of last week’s episode, as, “Gloves Off” showcases Jimmy and Mike dealing with their separate spots of trouble. The two arcs contrasted wonderfully, as Jimmy finds himself suffocating under the demand to, “Follow the rules”, as Chuck puts it, while Mike, ironically, faces an issue of ethics and morality in the face of easy money, when Nacho hires him to kill Tuco.

As usual, this episode was a real winner, though Mike’s plot once again hit a small speed bump in the early portions. The show operates under the impression that Mike is initially going to go through with killing Tuco. If you’ve seen Breaking Bad already however, even just its first season, then you know that Tuco is alive during the events of that series, which sort of deflates some of the stakes of Mike’s storyline, since you already know that Mike won’t ultimately go through with killing Tuco.

Still, the progression of Mike’s plot is very interesting and satisfying, as he straight up tells Nacho that he can’t go through with killing Tuco, but he nonetheless has another idea. This has Mike tipping off the police in advance, then goading Tuco into smacking him around, until the cops show up. Mike takes less money as a result, and gets banged up pretty badly, though he nonetheless gets Tuco successfully arrested, and tailors the evidence to have Tuco facing a 5-10-year prison sentence (though he obviously won’t get the maximum sentence, given the timeline of Breaking Bad), without also incriminating Nacho.

This yet again effectively capitalizes on Mike’s chilling level of resourcefulness, even at such an advanced age. It was equally effective to have Nacho just as confused as the viewer as to why Mike didn’t just kill Tuco from a safe distance, then take the money and run, especially since Mike also had the means to do that without being caught. That’s the whole point of the story, and that’s what made the end result of Mike’s storyline so fantastic this week. It was all the better when the episode ends with Mike simply taking his pay and returning to his car, never actually answering Nacho’s question about why he insisted on the hard way. Maybe we’ll get insight into this decision next week, but for now, it’s good that the show left the answer up to the viewer’s imagination.

Fortunately, Jimmy’s storyline was equally strong, once again. After a severe reprimand by the partners at Davis & Main for his commercial, Jimmy is nearly fired, though he is given one more chance to fall in line. It’s Kim that ends up suffering the consequences of the commercial actually, since the partners at Hamlin, Hamlin & McGill find out that she knew about the commercial in advance, and failed to notify her superiors about it, resulting in her being banished to do long hours of mundane paperwork as a punishment.

This was an excellent way to create unforeseen consequences for Jimmy, and was a far more effective curveball than the perceived outcome of Jimmy being suspended or fired for airing the commercial. The way that the partners at Davis & Main ignored the blatant success of Jimmy’s decision was also telling, since it’s continuing to give Jimmy reasons not to march along to his superiors’ tune, since he clearly believes that they’re just being stubborn, and only becomes more disinclined to trust them when Kim ends up being punished for Jimmy’s actions instead.

This also led to a fantastic confrontation with Chuck, where Jimmy initially visits and believes Chuck to be ailed, even staying with him for the night to make sure that he’s fine, only to have Chuck wake up and get in a heated argument with him the next morning, over Jimmy’s actions and Kim’s punishment. Again, as with Mike and the easy way out, it’s difficult not to sympathize with Jimmy for ultimately wanting to go over the heads of his bosses at Davis & Main. There’s never any clear reason for Jimmy to follow their rules, only that he seemingly has to. The punishment of Kim will further anger viewers just as Jimmy as angered as well, which is great, and will keep audiences in Jimmy’s corner, even as he inevitably slips further and further away from the path of order and goodness. 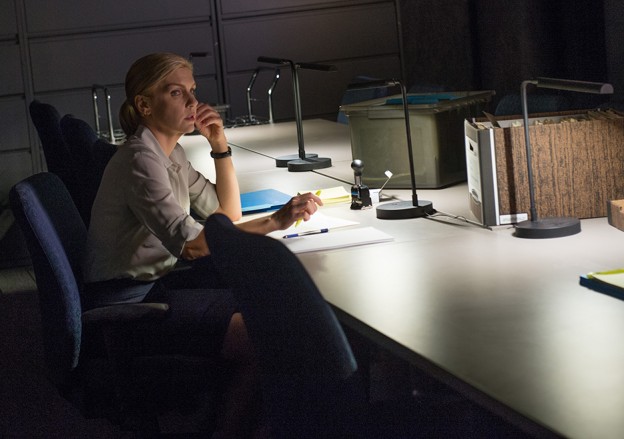 Doing the right thing for the wrong reasons and doing the wrong thing for the right reasons made for a sublime sense of dual themes in the latest episode of Better Call Saul, and yet again, this series is continuing to knock it out of the park. The way that Jimmy and Mike’s plots went hand-in-hand, despite being seemingly disconnected from one another, was fantastic, and Tuco getting pinched is sure to change Mike’s dynamic with Nacho, going forward, just as Jimmy’s disregard for authority and the rules continues to grow. Like Nacho says, even if it’s unrelated, something has got to give, and where both men draw their respective lines is sure to dictate their all-important futures from here!

Better Call Saul 2.4: "Gloves Off" Review
Better Call Saul delivered a sublime pair of hand-in-hand storylines that looked at both sides of right and wrong this week, while also pushing Jimmy and Mike to find their moral limits.
THE GOOD STUFF
THE NOT-SO-GOOD STUFF
2016-03-09
91%Overall Score
Reader Rating: (0 Votes)
0%