It’s been a little later than usual for this new season, but finally, Better Call Saul has returned to AMC’s schedule! The delayed season premiere naturally doesn’t disappoint either, as, “Mabel” starts the show’s third season off on a very strong note all around. We also get a nice renewed focus on Jimmy, after Season Two started to deviate from him a bit for want of world-building with Mike especially, but fortunately, a subplot with Mike in this season premiere didn’t disappoint either.

The episode begins with our latest flash-forward to Jimmy’s/Saul’s new life working at that un-glamourous mall Cinnabon. We see a continued grind seeming to more actively wear on ‘Gene’, the new identity that Jimmy/Saul is living under, with the character’s obvious loneliness also being highlighted as he goes to eat lunch by himself on a mall bench. After chancing upon a young man who stole some CD’s though (really? CD’s?), the cops ask Jimmy to point out the guy’s hiding place, which Jimmy reluctantly does. After the thief is arrested though, Jimmy nonetheless stands up and shouts for the kid to not say anything and demand a lawyer, something that the cops don’t appreciate. Looks like there still is some of that lovably sleazy Saul Goodman left in ‘Gene’, even if the flash-forward ends with him collapsing unexpectedly, as we go back to the prequel events of the show’s main canon. 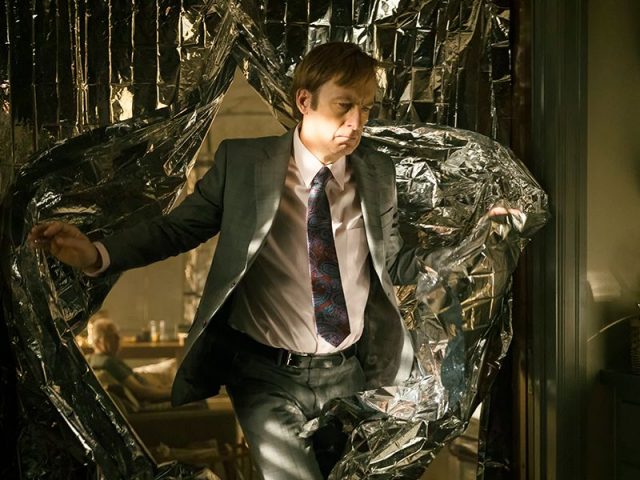 In the wake of the big upset with Mesa Verde during the Season Two conclusion, Chuck now has damning evidence against Jimmy, related to his efforts to make Chuck look incompetent. Jimmy isn’t aware that Chuck has this evidence on him though, even going as far as to try and do what he can to patch up their relationship as brothers. It obviously doesn’t work, but Jimmy nonetheless savours the, “Ten minutes where his brother didn’t hate him.” It remains very interesting to see Chuck appear as the amoral bad guy, despite Jimmy’s known disdain for going by the book, even if that evidence against Jimmy doesn’t come forward in any meaningful way yet.

Instead, Chuck brings the evidence to Howard, who believes Chuck when he says that he was set up, though also points out that the tape is no doubt inadmissible in court. This is likely true, and would have been immediately apparent to career lawyers and legal enthusiasts right from the end of the Season Two finale, but if we’ve learned anything about Chuck, it’s the fact that he can often be very resourceful when it comes to pushing his agenda, despite his apparent handicaps. Sure enough, Chuck does hint to Howard that he has a particular idea in mind for the tape, which, again, we’re naturally not going to see yet. Still, even if Jimmy’s probably safe from formal prosecution at this point, the co-conspiring of Howard and Chuck to bring him down will surely present a great unexpected obstacle for Jimmy to encounter throughout this season. 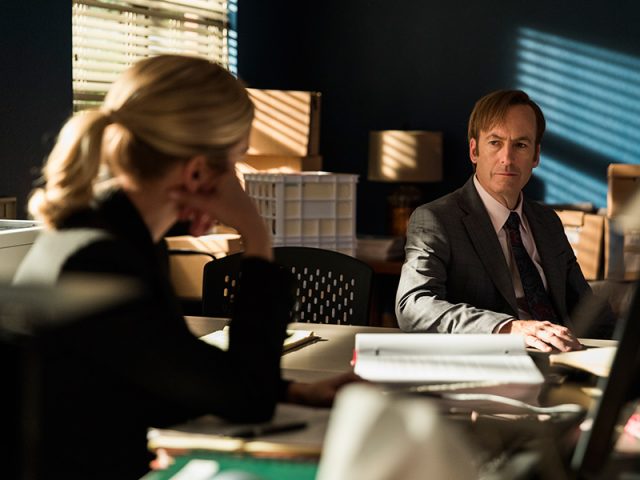 On the lighter end of things, Kim and Jimmy have begun to work together as not-partners in a shared building, with Kim quickly becoming overwhelmed at running her own law practice. Jimmy seems to be getting on alright, despite not being able to keep the names of his elderly clients straight all the time, but Kim is finding herself noticeably neurotic. Kim is easily the most likable, honest character on Better Call Saul at this point (even if she’s been sucked into Jimmy’s cons a few times), so seeing that honesty make her constantly neurotic and overwhelmed presents a very promising new direction with her character. The fact that Kim keeps wanting to amend documents, including the Mesa Verde document, despite undoing her changes mere minutes later, really speaks to how much she feels in over her head, possibly with some slight envy towards Jimmy’s cool exterior. Jimmy doesn’t even seem that rattled when the airfield captain from last season pays his office a visit and publicly denounces him in front of his clients either, in a really great callback to some of Jimmy’s tricks from Season Two, specifically during the events of, “Fifi”, which have obviously now been exposed.

Outside of the main events with Jimmy, we don’t get to see the much-touted re-appearance of Breaking Bad’s Gus Fring yet, disappointingly, but we do see a paranoid Mike drive his car away from his aborted assassination mission, take it to a junkyard, and spend hours tearing the vehicle apart, in response to the note he found. Mike initially doesn’t find anything, but some last minute intuition with a gas cap reveals that his gas cap is indeed bugged, revealing how his assassination plot was made apparent to some third party. Mike’s subplot definitely has a slow burn, but the payoff ends up being well worth it. We get to see a detailed breakdown of how Mike finds the bug, and turns it around on the bugger, getting the bug to bug the guy who checks it after Mike makes it appear to be malfunctioning, before Mike goes to follow the mystery man as the episode ends. Could this be our introduction to a pre-Walter White version of Gus on Better Call Saul? I guess time will tell. 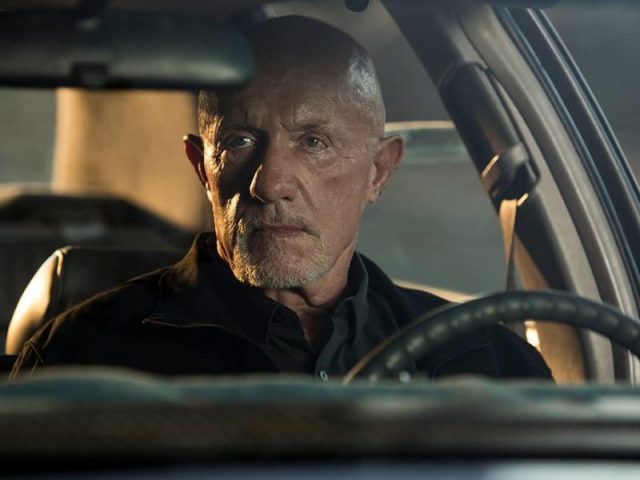 “Mabel” did a fantastic job of setting the stage for what’s to come in Season Three of Better Call Saul, while still providing plenty of entertainment value, between Jimmy’s shenanigans and Mike’s hyper-meticulous snaring of the ones who were spying on him. Chuck and Howard are only in the beginning stages of turning that damning evidence around on Jimmy, even if a court won’t accept it at this point, but even as Jimmy finds himself about to face perhaps his greatest challenge yet, Mike also appears to be laying the groundwork for a highly beloved Breaking Bad villain to make his return. There’s clearly a lot to look forward to this season, and it looks like the intrigue is once again firing on all cylinders!