With the birth of Saul Goodman at the end of last week’s episode, Better Call Saul started to explore the bumpy early days of Jimmy trying to make use of his new ad time-peddling identity. “Expenses” once again moved further away from Gus Fring and much of the criminal dealings of the Salamanca cartel this week, instead opting to lay the groundwork to Jimmy’s final loss of faith in the system, as it seems to screw him over at every turn.

As you can imagine, Jimmy’s commercial-selling business doesn’t go off without a hitch, or several. While Jimmy manages to successfully sell a few commercials, at least enough to pay his student film crew, he’s not making enough ends meet to keep up his other expenses. Pushing Jimmy into this corner made him very interesting and vulnerable, while also leading up to the fresh way that Jimmy is going to exploit his own vulnerability for a tactical advantage against his opposers. This made for another pretty great Better Call Saul episode, even with no Chuck, nor no Fring or Hector this week. 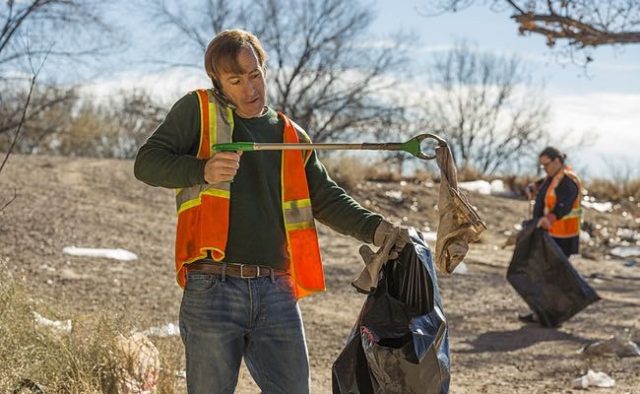 Kim stands as Jimmy’s only real friend at this point, as she tries to uphold her own law practice, while also being Jimmy’s moral compass in being the one presence to wonder if they did the right thing by outing Chuck as mentally ill. One of the episode’s best scenes has Kim finally confess these misgivings to Jimmy in a bar, as the two debate how they would con various disagreeable patrons around the establishment. Unlike Kim’s idle musings however, Jimmy is quite serious about turning the tide on people who bully the defenseless and poor, with Kim having to pull him back to reality. This quick moment nicely highlighted the proper movement of Jimmy into becoming Saul Goodman as we know him from Breaking Bad, now that his last hope at being an honest lawyer is seemingly gone.

The biggest telltale sign of how much Jimmy is struggling with his own morality however, with the allegory of his shortened finances representing his diminishing trust in the system, really came to a head at the end of the episode, when Jimmy tries and fails to cancel his malpractice insurance. Not only did Jimmy pay for a bunch of insurance that he can’t use in the end, but his premiums will also increase by 150% when he can practice law again. The news of this actually has Jimmy breaking down in tears in the insurance rep’s office as well, which would be a surprisingly vulnerable and shocking moment for Jimmy… Had it not been obvious that he was playing an angle. It might have been nice to have Jimmy’s last shred of vulnerability be genuine, rather than using this as his latest excuse to strike at Chuck for getting him suspended, but even then, this was a solid way to end the episode, as Jimmy grimaces at knowing that getting Chuck in hot water with his own insurance will be a satisfying, if heavy blow to come. 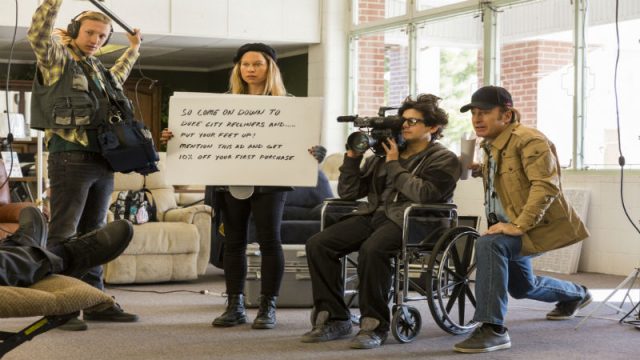 As far as subplots in this episode go, we got a pretty interesting reunion with Pryce this week, finally, as Nacho comes to him to demand empty heart medicine capsules to slip to Hector. Pryce is naturally disinclined to do business with Nacho, after losing his baseball cards earlier in the series, but he is eventually talked into it, despite Mike warning him away from the deal. Mike is continuing to stay apart from the criminal element of the show for most of the episode, though after he meets a woman at his daughter-in-law’s support group that struggles with the mysterious disappearance of her late husband, Mike changes his mind and tells Pryce to work with Nacho. This seems to be a setup for a climactic arc with Hector towards the end of the season in June, likely explaining how Hector suffered his debilitating stroke, which rendered him mute and paralyzed during the events of Breaking Bad. Mike’s warning to Nacho is particularly telling, suggesting that Nacho will indeed pay for this assassination attempt with his life.

Better Call Saul isn’t wasting time beginning to lay more groundwork for the future events of Breaking Bad in its latest episode, now that Jimmy’s Saul Goodman identity is officially beginning to form, and Mike prepares to unify himself with Fring as Nacho plans a bold, likely fatal move against Hector. The fact that Breaking Bad fans would know that Hector survives into the events of that series does somewhat deflate Nacho’s talk of assassinating him, but it would still be interesting to see exactly how Hector ended up in such terrible shape before the events of Breaking Bad properly start. To that end, Jimmy isn’t the only one setting into motion a dark and tragic fate that simply can’t be undone when it counts.