Despite being the hotly anticipated sequel to Middle-earth: Shadow of Mordor, one of 2014’s most beloved dark horse hits, last year’s blockbuster game release, Middle-earth: Shadow of War nonetheless got criticized by reviewers and consumers alike for its controversial decision to include microtransactions and paid in-game loot boxes, despite being primarily a single-player action-adventure game, a genre where such practices virtually never thrive. While Middle-earth: Shadow of War mostly escaped the intense scrutiny and anger directed at two of 2017’s biggest loot box/microtransaction cautionary tales, those being the much-maligned Destiny 2 and the even-more-widely-detested Star Wars: Battlefront II, the game was nonetheless ‘review bombed’ on platforms such as Steam and Metacritic by gamers who were unhappy about Middle-earth: Shadow of War’s monetization system, and it thus went on to become a popular example among pundits of the dangers behind poor implementation of microtransactions and loot box economies in triple-A video game releases. 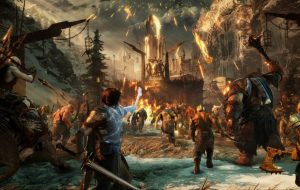 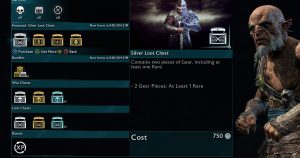 Issuing a statement on the matter, Warner Bros. stated that they ultimately felt that Middle-earth: Shadow of War’s microtransaction/loot box economy undermined the purpose and appeal of the game’s central ‘Nemesis System’, along with hurting the immersion of the game by prodding at players to visit the premium marketplace. At its simplest foundations, the Nemesis System allows players the ability to battle and recruit a diverse, unpredictable collection of personalized Orc enemies to further shape a unique story and base management strategy for player character, Talion, and was first introduced in a simpler form as the key marketing hook of 2014’s previous Middle-earth: Shadow of Mordor. This statement from Warner Bros. echoes two of the most frequent criticisms of Middle-earth: Shadow of War after it was released last October, whereupon people pointed out that the ability to buy Orc allies with real-world money defeated the very purpose of purchasing and playing Middle-earth: Shadow of War in the first place, while also disturbing the game’s otherwise engrossing interactive depiction of J.R.R. Tolkien’s celebrated Middle-earth universe.

Despite any issues with the game’s now-dying loot box/microtransaction economy, Middle-earth: Shadow of War was nonetheless a fairly successful game for Warner Bros. and developer, Monolith Productions, outpacing the sales of its 2014 predecessor by around 20% during its first thirty days at market, and becoming the top-selling game of its October 2017 release month at retail for both PlayStation 4 and Xbox One, with comparable numbers on PC, according to PC sales tracking site, Steamspy. The game was also mostly reviewed well by critics, despite their aforementioned issues with the intrusive, immersion-disturbing microtransaction/loot box economy, with Metacritic aggregate scores from official reviewers ranging from 75 to 81 between all three platforms, depicting ‘Mostly Favorable Reviews’. Indeed our own review of Middle-earth: Shadow of War awarded the game a mostly positive 81% score, praising the incredible immersion and robust range of quests and challenges, though also noting the problematic microtransactions and loot box economy, as well as some late game elements of artificial grind that can sometimes ruin the fun, which were exacerbated further by seemingly being designed around strong-arming players into spending money on Gold to quickly acquire more Orcs.

Keep questing to Eggplante for major news and updates on the Middle-earth games.