Note: This is a review of the campaign of Call of Duty: Modern Warfare. A full review including multiplayer will be published at a later date.

Call of Duty titles have long been the staple video game franchise that people can look to each and every year as the centrepiece of the holiday gaming season. However, with yearly releases come fatigue, even with the games alternating between present day, future settings, and historical recreations.

Call of Duty: Modern Warfare is a simple return to form for the franchise. the Modern Warfare moniker is back in the hands of its original caretaker, Infinity Ward, alongside support from High Moon Studios, Beenox, Raven Software, and Sledgehammer Games, all with their own pedigree. 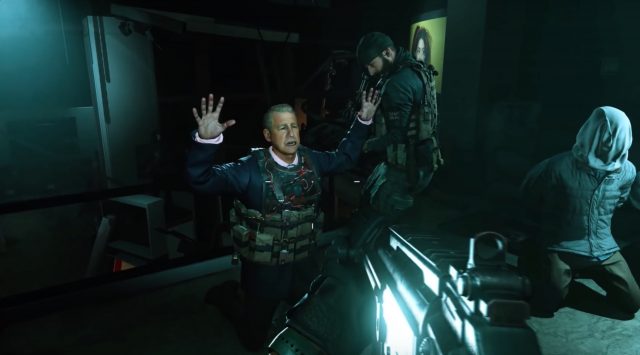 The original Modern Warfare, released in 2007, has long been touted as one of the best entries in the Call of Duty universe, with its follow up, aptly titled Modern Warfare 2, claiming that title from its predecessor. The franchise has never quite been the same since.

Enter Call of Duty: Modern Warfare for 2019. It is not a continuation of the story, nor a re-telling or remake, this is a brand new entry in the series, redesigned to tell a story that is more relevant than the one we played 12 years ago.

The game is set up very much like a movie. Cinematics are thoughtfully crafted to seem very much like Hollywood-level creations, and they hold up that standard without fail. Location introductions are done like the highest-end James Bond films, and despite being less than 30 seconds, the introduction to the game is truly terrifying.

From the cutscenes into actual gameplay, there is a seamless transition. You can clearly make out the difference in pre-rendered cinematics and the game-engine (think Halo 2 Anniversary), but they’re both drop-dead gorgeous and flow into one another pretty fluidly.

If you’ve seen any footage of Modern Warfare so far, you know that the game is stunningly gorgeous. We’re happy to report that it plays that way, too. Each of the game’s 14 missions has variety in both scenery and strategy. You’ll go from the bright lights of Picadilly Circus as a police officer, to a jail cell in Urzikstan as a prisoner, back to a pitch-black suburb of London, raiding a house as a member of an elite unit.

Each and every one of these environments is rendered perfectly, with their own style and unique feel, and they never feel reused or copy-and-paste. We enjoyed the tactical, slow-played nature of the house raiding missions most, because even unnecessary firing of your weapon, just like in the real world, is not tolerated. Everything is calculated, everything has its place, and everything is considered.

Smaller details in the surrounding environment are also considered. There is a blast zone where militants are trying to set up protected sniping structures, and you see people knocking cinder blocks out from the side of a wall to make a hole for a sniper barrel. It has no bearing on gameplay whatsoever, but is there to add to the realism, a feat it accomplishes greatly alongside other touches just like this one. 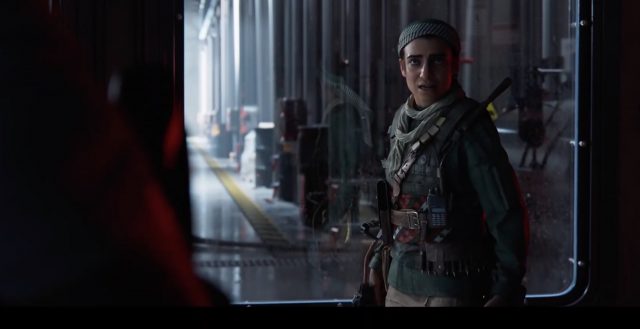 The reason previous Call of Duty entries may not have made as great a mark as others is their story. They’ve become a bit contrived lately and have lost a lot of the heart that made them unique. Modern Warfare does a lot to return to form, introducing new, memorable characters that have the ability to last beyond just this one title. We’re not going to give any spoilers away here, but the game doesn’t exactly shut down the possibility of a sequel.

Flashback sequences haven’t been strangers to the franchise, but Modern Warfare handles them in a unique way, putting you in the shoes of a child, perhaps six years old, as she fights for her life as her town is being bombed and an attacker is raiding her house. Another flashback occurs years later, when she is older now, and she has to again fight for her life, but in a very different way. Again, for the sake of spoilers, won’t go deeper than that; suffice it to say these sequences are a bit more terrifying knowing you’re not a hardened militant like every other character you play in these games.

While there is a great amount of female authority in the game–all three of the leaders in the game are women, and two of them from visible minorities–there is still no female combatant on your team within the higher ranks of the established military. It would be great to see a woman in a front-lines position as well as the stereotypical men that are portrayed. 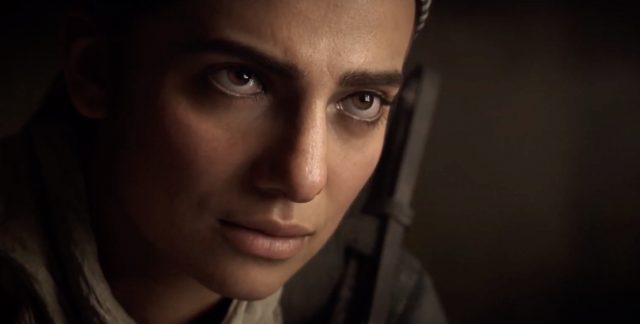 Playing in 4K on Xbox One X, the game did suffer from the occasional framerate stutter and screen tear every now and again. It didn’t happen during gameplay, however, so this may have been more an issue with reading the data from the console hard drive than anything, but is worth noting, as we played it on the most powerful console available and still noticed these issues. Nonetheless, the game is a massive download at well over 120GB, split up into six downloads. The base game data and two campaign packs are required for the campaign, naturally, and total about 100GB, while the remaining data is split up between three multiplayer downloads, should the player choose them. All content requires the base data download, which is about 70GB.

Call of Duty: Modern Warfare has truly been engineered from the ground up for 2019 and what warfare may well look like now and in the near future. The game doesn’t go over the top in any sequences such that it becomes unbelievable, and really tows the line of realism with respect to what could very well be happening in our world at large right now.

This review is based on the Xbox One version of the game, played on Xbox One X, provided by Activision for the purposes of this review.

Call of Duty: Modern Warfare [2019] Review
Infinity Ward has managed to reinvigorate the Call of Duty franchise with the one that made their studio famous. They've brought heart and care to the story, incredible craftsmanship to the audio and visuals, and a refined gameplay experience throughout.
Visuals95%
Audio95%
Gameplay90%
Storyline90%
The Good Stuff
More Good Stuff
2019-10-31
93%Overall Score
Reader Rating: (0 Votes)
0%