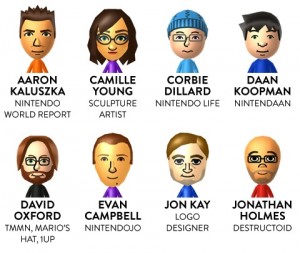 For those who were sad of Nintendo Power’s departure last month, this news should cheer you up a wee bit. A bunch of well-known names in the Nintendo scene are coming to the newly-announced Nintendo Force Magazine, set to launch within days.

With the project being headed by Lucas Thomas of IGN (who also tells a heart-warming story of why the project will even exist), Nintendo Force Magazine, we’re happy to say, will include editors from IGN, GoNintendo, Nintendojo, Nintendo World Report, Nintendo Life, and plenty more. What puts our minds at ease is knowing that the team will not be trying to remake Nintendo Power, but rather be its spiritual successor.

The team has actually been at work since August, when it was officially announced that Nintendo Power would be shuttering its doors. 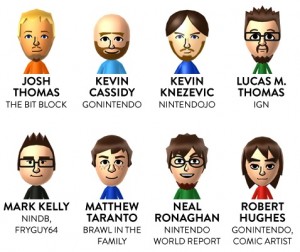 The magazine will be available in both digital and physical formats, though it isn’t clear if we’ll get cellophane-wrapped copies with limited edition posters just yet.

According to the magazine’s Twitter account, the first issue is going through final proofing and is set to launch within days. Excellent turnaround time considering Nintendo Power has been defunct for less than a month!

Nintendo Force #1 is in final proofing! We're just days away from launch!

The team at Nintendo Force Magazine will be accepting art entries for the new magazine, and while details on the new Pokemon X and Pokemon Y games will likely be in the magazine in some small form, we wouldn’t bank on seeing too much about the games until the magazines second outing.

Use this template and draw us some excellent Nintendo artwork! Then send it to [email protected] pic.twitter.com/LlwjMCei

Update: We’ve got cover art! Nintendo Force Magazine showed off their premiere cover to fans of their Facebook page. The first issue’s cover story is Fire Emblem Awakening in addition to a big 2013 preview. The issue is listed as January/February 2013 which could mean this is a bi-monthly magazine or the first issue is being released mid-month so the second will be delayed so that the team can get on a monthly schedule. Peep the debut cover art below: