Nintendo held its earnings call that shone light on its financial position and future estimates. While the Wii U didn’t sell very well, the 3DS and Nintendo’s software offerings were responsible for bringing the company into the black, despite weak performance for both.

When Nintendo got to the predicting part of their financial call, they managed to skip over hardware sales estimations of its most successful product of all time, the Nintendo DS. Does this mean the company isn’t going to be selling them anymore? 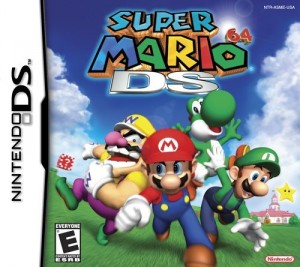 The main reason we originally bought a Nintendo DS.

In short: probably. It’s likely that the DS production run has already ceased and that Nintendo is about to announce the end of production on its first dual-screen handheld. Of course, they may not announce anything at all, but with the 3DS having a wildly popular assortment of software, not to mention more incoming, it’s likely that Nintendo wants to streamline production and sales of its new handheld.

Nintendo did report that they expect to sell 10 million DS software units by this time next year, though how those break down, and whether there will be many more new games in the pipeline remains to be seen.

Sony still sells the PSP and produces units of the PSP-3000 variety that it first introduced in 2008. This is despite the fact that the PlayStation Vita has been out for over a year, and PlayStation Mobile is a suite of software designed to run on a variety of portable devices including tablets and phones.

Nintendo could be planning a 3DS price drop or some other way to encourage people to hop onto their new handheld bandwagon, though with sales going strong, they might not need a reason to. After E3 this year, Nintendo might be able to reinvigorate their handheld lineup with titles like The Legend of Zelda: A Link to the Past 2 (tentative title) and the first generation of Pokémon games to hit the three-dimensional platform.

Any number of things could happen regarding Nintendo’s latest handheld as well as its soon-to-be obsolete previous one. Regardless, we’ll remember the first thing to come after Game Boy as one of our favourite handhelds of all time.