NOTE 2: Full spoilers for this episode of The Big Bang Theory, including a major character death, are present in this review

While the main milestone of this episode was supposed to be the return of Stuart’s comic book store, the ending of the episode was undoubtedly changed during the show’s lengthy hiatus a few weeks back, to address an irreversible cast shift.

If you weren’t aware, Carol Ann Susi, who portrayed the off-screen voice of Howard’s mother, Mrs. Wolowitz, passed away at the end of last year, which left the show in a tight spot with Howard’s character. As fans wondered how this would be addressed, we finally got our answer. The episode was simply supposed to end with Howard making peace with Stuart over taking his mom’s furniture into the new comic book store, but now, things were tweaked so that Howard must face a hard reality when Mrs. Wolowitz herself also passes on, and he gets the news towards the end of the episode. 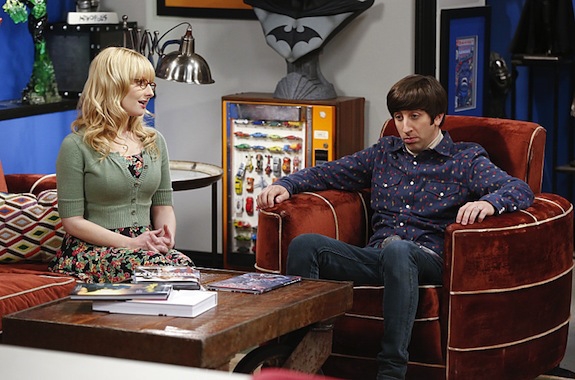 To the show’s credit, the passing of Carol Ann Susi was handled with class and care. Even Sheldon proved to be supportive, reminding Howard then and there that Sheldon had no friends to rely on when his father died, but that Howard does. It’s perhaps a bit out-of-character, given Sheldon’s frequent emotional detachment, but it was still a very sweet thing for him to say, and didn’t totally betray Sheldon’s character, since it is quite accurate. The way that the episode ends not with a joke, but with Leonard toasting to Mrs. Wolowitz, and then things going silent, was also deeply respectful and emotional. The show is saying goodbye to Susi as much as fans are, and we couldn’t have asked for a better farewell, even though Mrs. Wolowitz was never properly glimpsed on-screen, only heard.

Before that big dramatic turnout however, the main conflict of the episode involved Howard having to learning to let go of his mother anyhow, with Mrs. Wolowitz moving to Florida, and Stuart inheriting most of her furniture. It’s perhaps salvaged by Howard soon losing his mother, since the plot mostly just made Howard come off as childish. There has been a longstanding rivalry between Howard and Stuart since Stuart was taking care of Howard’s mother, and appeared to replace him as the spoiled son, but it seems like whatever resolution that the writers intended with the furniture had to be excised. It will be interesting to see if the rivalry cools or persists, now that Mrs. Wolowitz has died.

As for the subplots, Penny realizes that Amy has been doing experiments on her, comparing her intelligence to chimps. This provided the bulk of the episode’s humour, particularly when Leonard realized that he too was being experimented upon by Sheldon. The events of the previous episode, “The Troll Manifestation” made the material with Leonard all the more amusing, considering the big breakthrough he had during that episode, though even Penny got some big laughs, as she was now under Amy’s thumb for a change. This also helped avoid completely labeling Penny as the group idiot again, since even Leonard apparently can’t fish a banana out of a puzzle box.

Leonard also participated in a subplot with Raj, whereupon they discover a man who looks suspiciously like Nathan Fillion of Firefly fame, eating in a diner. Fillion trying to claim that the two were mistaken to start, only to later have to verify his identity to a skeptical Raj, was very funny stuff, ending in a hysterically awkward selfie with the three men. Fillion should have been a bigger part of the episode, especially since he’s eventually recruited to do signings at the re-opening of Stuart’s comic book shop, though maybe his later scenes were cut due to having to add the death of Mrs. Wolowitz that wasn’t originally intended for this episode. 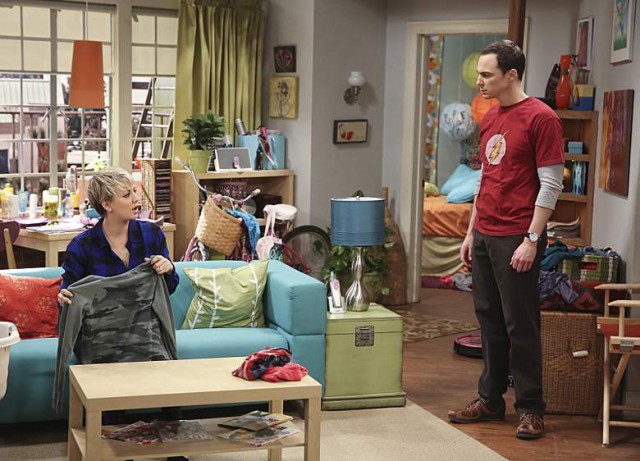 “The Comic Book Store Regeneration” was a reasonably good episode that had the unenviable task of addressing a cast death and a critical character death. It rose to that occasion, even if it was the subplots that actually carried the episode beyond that. Still, considering the tragic goodbye that we had to make with this episode, there was still plenty of quality laughs to go around, and that’s certainly quite respectable.

The Big Bang Theory 8.15: "The Comic Book Store Regeneration" Review
The Big Bang Theory addressed the death of Mrs. Wolowitz effectively with care and heart, presenting solid subplots with Penny, Leonard and Raj as well, even if the Howard/Stuart rivalry kind of seems moot at this point.
THE GOOD STUFF
THE NOT-SO-GOOD STUFF
2015-02-28
78%Overall Score
Reader Rating: (0 Votes)
0%