UPDATE: If you were hoping to take the Xbox 360’s last-gen catalogue of Kinect games on to Xbox One with this new backwards-compatibility update, potentially taking advantage of the Xbox One’s more powerful and capable Kinect peripheral, you’re out of luck. While just about any Xbox 360 and Xbox Live Arcade game you can name will eventually be playable on Xbox One, Microsoft has confirmed that, unfortunately, Kinect games from the Xbox 360 catalogue, such as Rise of Nightmares or The Gunstringer, will not be playable at all on Xbox One at any point. This also means that games mainly played with the controller that have optional Kinect features on Xbox 360, such as Mass Effect 3 and Tom Clancy’s Ghost Recon: Future Soldier, will also have their Kinect capabilities inaccessible when they’re played on Xbox One.

One of the most frequently-requested features for Xbox One is finally coming. After an Xbox One update that will go live this Holiday, the Xbox One will officially be backwards-compatible with legacy games for Xbox 360, along with its digital Xbox Live Arcade library! Better still is that you will be able to take advantage of Xbox One-specific features when playing your favourite Xbox 360 games on Xbox One, such as the ability to take screenshots on command. 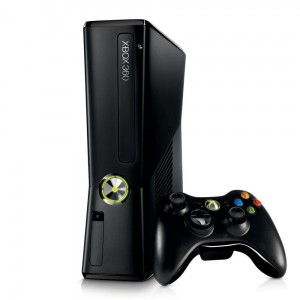 Obviously, this is wonderful news for those who ended up selling off their Xbox 360’s to get their mitts on an Xbox One already. Apparently, the backwards-compatibility is not 100% complete, though over a hundred titles will be backwards-compatible to start, with publishers needing only to approve the backwards-compatibility to make it happen. To demonstrate, the original Mass Effect game, an Xbox 360 favourite, was shown running without compromise on Xbox One. Soon afterward, Ubisoft took to the stage briefly to announce that both Rainbow Six: Vegas and Rainbow Six: Vegas 2 will be part of the initially supported Xbox 360 titles, and that both would be bundled together for free with Xbox One copies of Rainbow Six: Siege. Fallout 3 will also be among the first wave of supported Xbox 360 titles, with Xbox One copies of Fallout 4 also including a free copy of Fallout 3 within them to boot!

Digital download games from both retail selections and the Xbox Live Arcade catalogue will apparently be playable right away, automatically showing up in your Xbox One game library after the update, so long as you’ve linked your Xbox Gamertag between your Xbox One and Xbox 360. Retail games that players own physical discs of will still be supported, though a ROM of the game in question will need to be downloaded after placing a disc into your console, apparently, and that’s before the question of whether it’s currently playable on Xbox One. 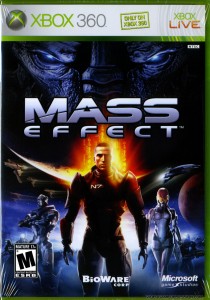 Original Xbox games are still not supported at all on Xbox One, unfortunately, though the supporting of legacy titles for Xbox 360/Xbox Live Arcade is sure to be a heavy blow against Sony, who currently relies on their PlayStation Now streaming service to allow players to play legacy PlayStation 3 games on their PlayStation 4, and purely on a rental basis at that. Best of all is that Xbox Live Preview Members will get access to the update right away, allowing them to sample Xbox 360 backwards-compatibility before everyone else!

Keep revisiting Eggplante for all news and updates on exciting new Xbox One features.