Bungie’s smash hit Destiny is sure to continue its success in 2015 with its upcoming expansion, The Taken King.

The game, set to launch on September 9th, and it brings with it an entirely new story to pull players back into the world. The story continues on a major plot point of the original game (spoilers incoming).

As Crota has been defeated in Destiny, he understandably has a father who is, well, pissed off that you killed his son. Oryx, the Taken King, is his uber-mad father, and he’s set to rip you a new one.

As the story goes, Oryx has brought his evil army of corrupted Taken with him to destroy you. And of course, there are a seemingly limitless number of them. They’re stronger than ever, and so Bungie has also equipped the game with three new subclasses: the Hunter’s Nightstalker, Warlock’s Stormcaller, and Titan’s Sunbreakers. 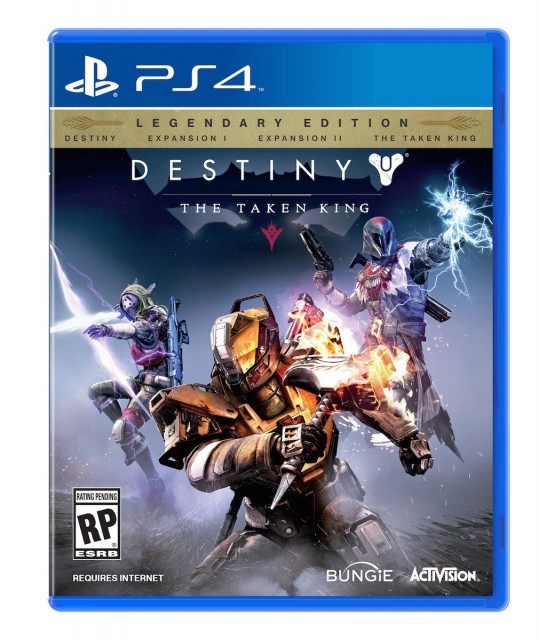 There’s also a bunch of new land to discover, including a massive giant floating fortress. Said fortress is millions of years old and, of course, fillet with loot.

On the multiplayer front, there’s also a new competitive mode called Mayhem in which ability and super energy recharges really quickly. It’s an idea that was borne out of developers tweaking settings on the backend of the game and seeing what would happen. Apparently, it was fun enough to turn into an actual mode that ships with Destiny and that portion of the game is already finalized, developers said.

There will also be a ton of other content, including new strike missions, as well as tweaking of current ones that are unbalanced. Because players knows Value Ta’aurc has way too much health, and so does Bungie.

Destiny: The Taken King is set to launch on September 9th for Xbox One, Xbox 360, PlayStation 4, PlayStation 3, and PC.

There will also be a Legendary Edition of the game for $59 U.S., complete with the original game, the first and second expansion packs, and of course, The Taken King.