343 Industries has announced that Halo 5: Guardians will ship with no fewer than 20 multiplayer maps at launch when the game hits the Xbox One in October.

The game will also receive at least 15 maps within the first eight months after launch (through June of 2016, for those paying attention), all of which will be free.

A big play with Halo 5 this year has been about making the playing field much more fair and equitable across the board. That is, everyone will be able to download every map, regardless of when they buy the game, at no additional charge.

Of the 20 maps included on the game disc, six will be dedicated maps for Warzone, Halo 5‘s new multiplayer “player vs. everything” mode that we detailed a few days ago. Of the 15 post-launch maps, another six will be Warzone-specific. 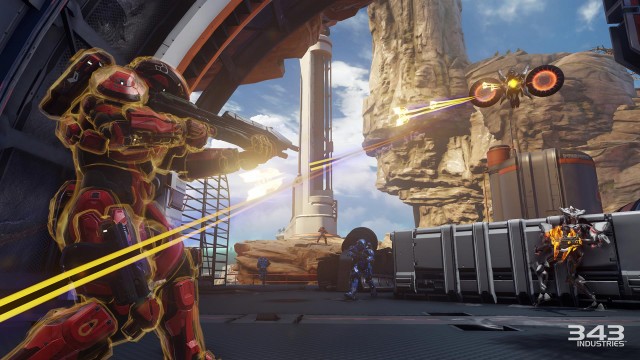 It is unclear now whether Warzone maps will also be usable for large-scale multiplayer battles in a traditional matchmaking mode such as Team Slayer or even a massive 24-play free for all. The mode would also be good for multi-team capture the flag as it already has structures set up for capture.

All multiplayer maps are purpose-built for multiplayer, and while they may have elements that pay homage to certain campaign levels, none are recycled spaces. 343 Industries’ Josh Holmes has said that this is the company’s largest investment in Halo multiplayer to date, and it shows.