The second demo Microsoft paraded at their E3 Media Briefing this year was for a new entry in the Splinter Cell series, subtitled Blacklist. The first title from Ubisoft’s brand new Toronto studio looks to take a new direction for the series while maintaining its roots from its 2010 reboot, Conviction. 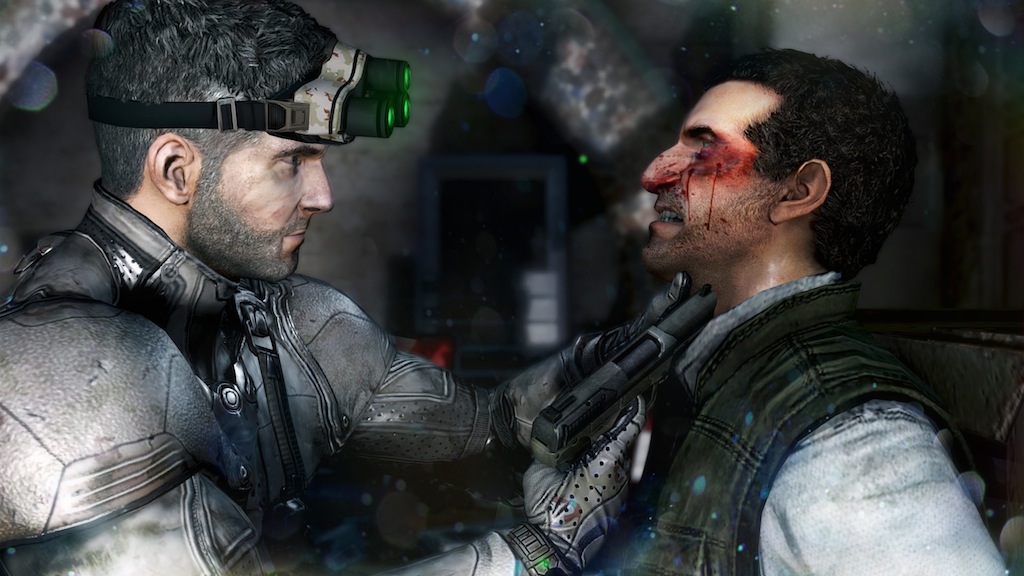 The demo started with a huge improvement in the graphics that we’ve come to love from the Splinter Cell series. And if you know anything about the previous games, you know that’s saying something huge, because previous games in the franchise looked phenomenal. Even the original game which debuted in 2002 looked incredible and really proved that lighting and shadow effects could be done in an effective way that makes a difference to gameplay.

Flash forward a decade to Blacklist and you’ll see that Sam Fisher has been given a new agency, called Fourth Echelon, and this is one that very few people are aware of. Since he is essentially all of Fourth Echelon, alongside Anna Grimsdottir from the previous games, the President has put he himself in the field to dispense of any terrorist plots that threaten the world we live in.

The game instantly reeks of Assassin’s Creed with all the wall climbing mechanics and jumping. Fisher has become much more nimble than he was in previous games, even though he was quite the gymnast before. There are apparently three ways to play the game: in complete stealth, in a somewhat completely run-and-gun manner, and somewhere in between.

Other features from past Splinter Cell games are back, although they’re done in a different way. Projected text, for example, isn’t really projected at all, but rather laid over your HUD in an interesting way, much like in Ghost Recon: Future Soldier. The mark and execute is back, but you can actually seamlessly mark enemies in the middle of taking out others from your last set of marks.

Sam always seems to be one step ahead, and he’s become quicker and quicker. The game has moved away from hiding bodies since the first three titles relied so heavily on it. Double Agent first shied away from that mechanic, and Conviction removed it entirely. We loved that part of the previous games, but it did slow things down, and as war has evolved to quicker and quicker executions and missions, we guess Sam needs to follow suit.

Speaking of Sam, he is a lot younger looking this time around. Where the first four games followed a rather linear timeline and Sam clearly aged, the game’s developers have come out to say that Fisher no longer has an age. This is likely to make it easier to have new titles in the franchise continue on without breaking away from the Fisher generation of Splinter Cell, but it also breaks things up a bit for us. We would have loved to see the direction the game could’ve taken had Sam become older and even more of a changed man. We’re not entirely sure, but it seems like he has moved away from being the caring super-spy he became in Double Agent and Conviction, but we haven’t seen more than six minutes of gameplay yet, so we can’t really make any calls on the story just yet.

Blacklist appears to have a lot more cinematic moments in it and multiple ways to accomplish tasks and traverse through environments. Since you can climb on almost anything, we assume that there will be multiple pathways through each mission, although again, this has not been confirmed.

Ubisoft is also making good on last year’s promise that all Tom Clancy titles will have Kinect integration of some sort. In the Blacklist demo, we saw the player whisper out loud “hey! over here”, and the game recognized it as a whisper, causing the enemy to turn move toward the sound so that Sam could take him out.

Other interesting layers of gameplay include real-world physics, like shooting a sticky shocker into a small puddle to electrocute anyone touching the water in that puddle. Ingenious layers of gameplay, here folks, and we can’t wait to get our hands on it.

We loved Conviction and it seems that Ubisoft Toronto is doing an incredible job with Blacklist so far. Just like 343 Industries taking on the Halo franchise and making it more of what we love about Halo, the Toronto studio seems to be taking the reigns and really making Splinter Cell shine. Of course, it is worth mentioning that a few people from the Montreal team – the ones behind Conviction – have moved to Toronto to take on the sequel, but that is only a good thing.

Splinter Cell: Blacklist is slated for launch sometime in early 2013, although if history is any indication for this franchise, we might be waiting a bit longer, which for us, is totally fine if Blacklist turns out anything like Conviction.