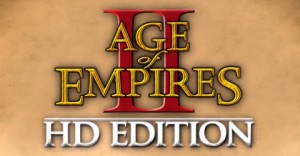 This is one of those pieces of news that comes out of left field but surprises and delights in ways that we can’t easily describe. Microsoft has announced their plans to bring Age of Empires II: Age of Kings along with its expansion, The Conquerors, to Steam in a refreshed, high-definition upgrade package.

Probably the best kept secret in gaming lately (among rumours and leaks like this, this, and this), Age of Empires II HD Edition launches April 9th for just twenty bucks! If you preorder the game now, you also get to slash 10% off the top, leaving you with a steal on two great games all rolled into one!

Now, we’ll be honest: the graphics don’t look Halo 4 or Crysis amazing, but they are a far cry (no pun intended) from what they were when the game originally launched in 1999. The original developer, Ensemble Studios, is sadly no longer with us (their last game was the surprise console RTS Halo Wars), so Hidden Path Entertainment, known for Counter-Strike: Global Offensive, is taking the reigns on the remake.

If you haven’t played Age of Empires before, AOE II is probably the best place to start (and likely end). Widely regarded as the best game in the series, it redefined the category of real-time strategy games such that they didn’t all need to be based around nuclear weapons or the future like the Command & Conquer series.

If you have played the game before, you know what kind of exciting treat you’re in for. We don’t know if the original game’s cheats will still work with this new game, but it seems like Microsoft knows how to do HD remakes of games pretty well, so we’ll give them the benefit of the doubt here.

We’ll have a review of the game when it launches. Until then, check out the announcement trailer for the game, and let us know what you think of the new graphics on Twitter and Facebook!